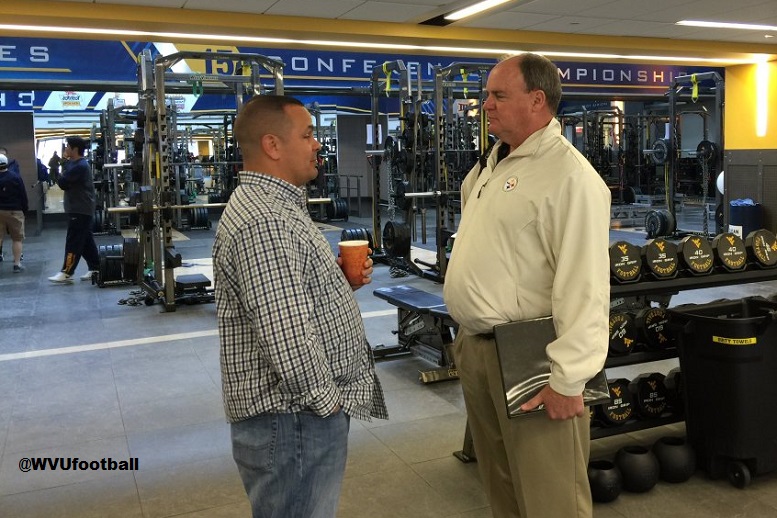 West Virginia is holding their annual pro day on Monday and as expected, Pittsburgh Steelers general manager Kevin Colbert is present for it.

Colbert was spotted Monday morning talking to West Virginia defensive coordinator Tony Gibson prior to the pro day getting underway. While we don’t know for sure, it’s a good bet that Steelers head coach Mike Tomlin also made the short trip with Colbert. UPDATE: Tomlin is indeed present.

While West Virginia safety Karl Joseph is the big draw on Monday, he’s still not expected to be able to anything outside of cheering on his teammates as he’s still reportedly recovering from the surgery he had on his injured knee in October. Joseph, however, is expected to have his combine medical recheck in the near future.

Joseph started all 42 games during his college career and finished with 284 tackles, 16.5 tackles for a loss, two sacks, nine interceptions, eight forced fumbles and six fumble recoveries. He is easily one of the top safeties in this year’s draft class.

As far as other West Virginia players who are working out on Monday who are likely to be drafted, that list includes safety K.J. Dillon, cornerback Daryl Worley, running back Wendell Smallwood and linebacker Nick Kwiatkoski.