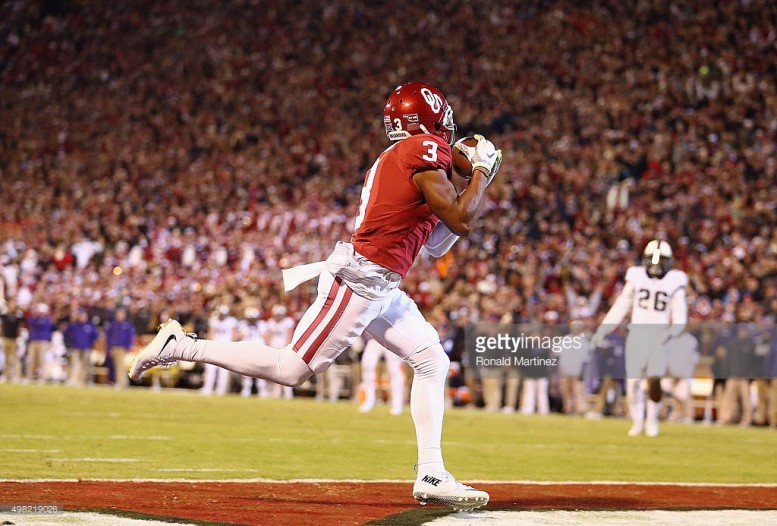 One day after they entertained 8 players for pre-draft visits, the Pittsburgh Steelers reportedly only have one in town on Tuesday.

Oklahoma wide receiver Sterling Shepard is in Pittsburgh to visit with the Steelers on Tuesday and he’s considered to be one of the top-10 at his position in this year’s draft class.

During his college career, Shepard caught 233 passes for 3,482 yards and 26 touchdowns. He started 41 of the 50 games that he played in while at Oklahoma and also has experience returning punts.

At the 2016 NFL Scouting Combine, the 5-10, 194-pound Shepard posted a 40-yard dash time of 4.48 seconds in addition to a 41-inch vertical jump and a 10’3″ broad jump. He is now the second out-of-town wide receiver that the Steelers have brought in for a pre-draft visit.

The Steelers might entertain drafting another wide receiver this year with the future of Martavis Bryant still up in the air. Additionally, the Steelers stand to lose Markus Wheaton next offseason as he’ll figure to be an unrestricted free agent after 2016 with plenty of suitors.