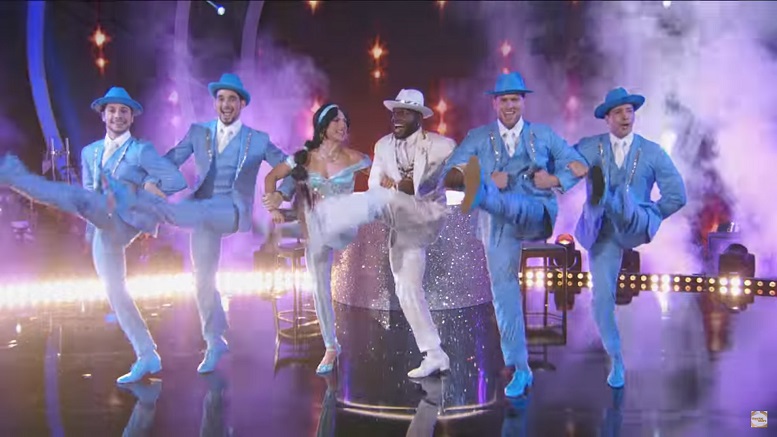 Pittsburgh Steelers wide receiver Antonio Brown and partner Sharna Burgess remain very much in contention on “Dancing with the Stars” as the two received very high praise Monday night along with a personal-best score of 35 out of a possible 40 points.

This week, Brown and Burgess danced a jazz routine to “Friends Like Me” from Aladdin as a part of Disney-themed night and the judges were impressed.

Brown received three nines from the four judges and his score of 35 tied for the second-highest of the night. That’s quite the turnaround from last week as Brown and Burgess received one of the lowest set of scores from judges the previous Monday night.

Needless to say, Brown and Burgess won’t be eliminated next Monday night so the Steelers wide receiver has plenty a camera time still ahead of him. He really seems to be enjoying himself.