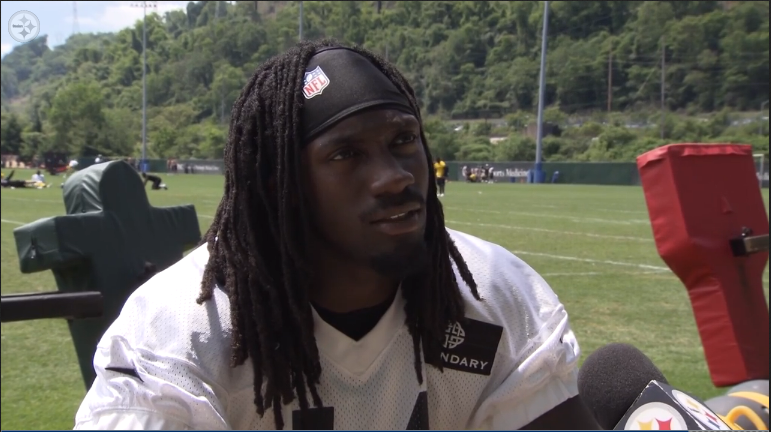 This year’s draft is a little more than two weeks away. All the work, years in college and the several months in pre-draft events, leading up to a tension-riddled three days of the draft. That’s the same experience Sammie Coates went through a year ago, and he shared his pre-draft process with Teresa Varley of Steelers.com.

“Draft day is crazy. You work so hard to get where you are and as the day rolls on and you don’t get called, everything goes through your mind…Once you get that phone call it’s one of the greatest feelings ever. I don’t care what round it is.”

Coates finally got his call with the 87th pick of the 2015 NFL Draft, though even then, that conversation didn’t immediately go smoothly.

“When the Steelers called it was funny. I didn’t have good service. I picked up the phone and got disconnected immediately. I was like, oh no. I had to call them back. When I called Coach (Mike) Tomlin was like you don’t want to get drafted. They were laughing. He then told me we are going to draft you in the third round. Welcome to the Steelers family. I talked to all of the coaches.”

Though Coates had a pre-draft visit with the team, he told Varley he wasn’t sure if Pittsburgh was truly interested in him. But, of course, he got the call and the jersey, and was finally able to get on the field for the AFC Divisional Game against the Denver Broncos, catching two passes for 61 yards.

He’s expected to catch a lot more than two passes in 2016 following Martavis Bryant’s season-long suspension. Still, Coates’ role is not a given with Darrius Heyward-Bey brought back, someone the team seems to have no problem getting involved in the Steelers’ offense.

The expectation is Coates can take on the #3 role away from DHB but like any second-year player competing against a veteran, nothing will be handed to him.