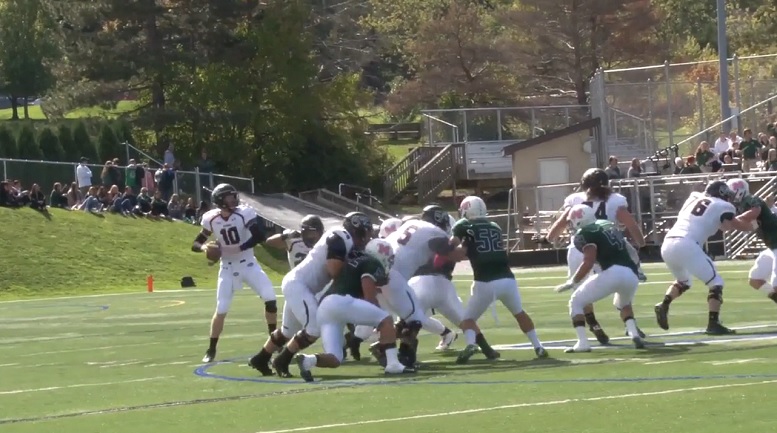 Even though the Pittsburgh Steelers have reportedly shown some interest in several young quarterbacks during the pre-draft process they have yet to bring any to town for visits. On Friday, however, a report surfaced that they are one of a few teams that have shown some sort of interest in a seldom-talked about small-school quarterback.

According to Aaron Wilson of the Houston Chronicle, Gannon quarterback Liam Nadler apparently is drawing interest from Steelers in addition to a handful of other NFL teams.

Last season, Nadler completed 186 of his 337 pass attempts for 2,641 yards and 24 touchdowns with 6 interceptions. He was a four-year starter at Gannon, a private, co-educational Catholic university located in Erie, Pennsylvania.

While Nadler has good size at 6’5″, 232-pounds, several analysts don’t view him as having an NFL-caliber arm and thus he is expected to go undrafted later this month.

It’s easy to speculate that the Steelers might be interested in inviting Nadler to their rookie minicamp session immediately following the draft as an extra arm if they don’t decide to sign him as an undrafted free agent.