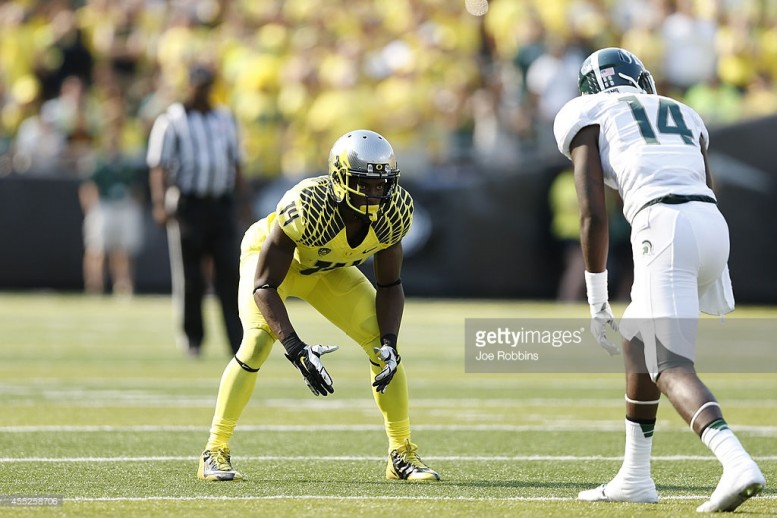 Were you one of several hoping the Pittsburgh Steelers would put in a waiver claim for cornerback Ifo Ekpre-Olomu following his release from the Cleveland Browns? If so, you got your wish.

According to Field Yates ‏of ESPN, the Steelers were one of four teams who put in a waiver claim for Ekpre-Olomu, who is still currently attempting to overcome a serious knee injury that he suffered while at Oregon just prior to the 2015 Rose Bowl game.

Yesterday, the Dolphins were awarded CB Ifo Ekpre-Olomu on waivers. 3 other teams tried to claim him, per source: Saints, Bills & Steelers.

Ekpre-Olomu was ultimately awarded to the Miami Dolphins due to them having the highest spot in the waiver claim process. The New Orleans Saints and Buffalo Bills also put in claims for the undersized cornerback, according to Yates.

The Browns waived Ekpre-Olomu on Monday amid concerns that his injured knee was still not healing properly and now it will be up to the young cornerback to prove that Cleveland made a huge mistake in doing so. Cleveland waived Ekpre-Olomu with the non-football injury designation less than one year after they selected him in the seventh round of the 2015 NFL Draft.

Assuming Ekpre-Olomu’s knee checks out, he should now stick on the Dolphins roster for at least the remainder of the offseason. It will be interesting to see if he’s able to make their final 53-man roster out of training camp later on this summer.