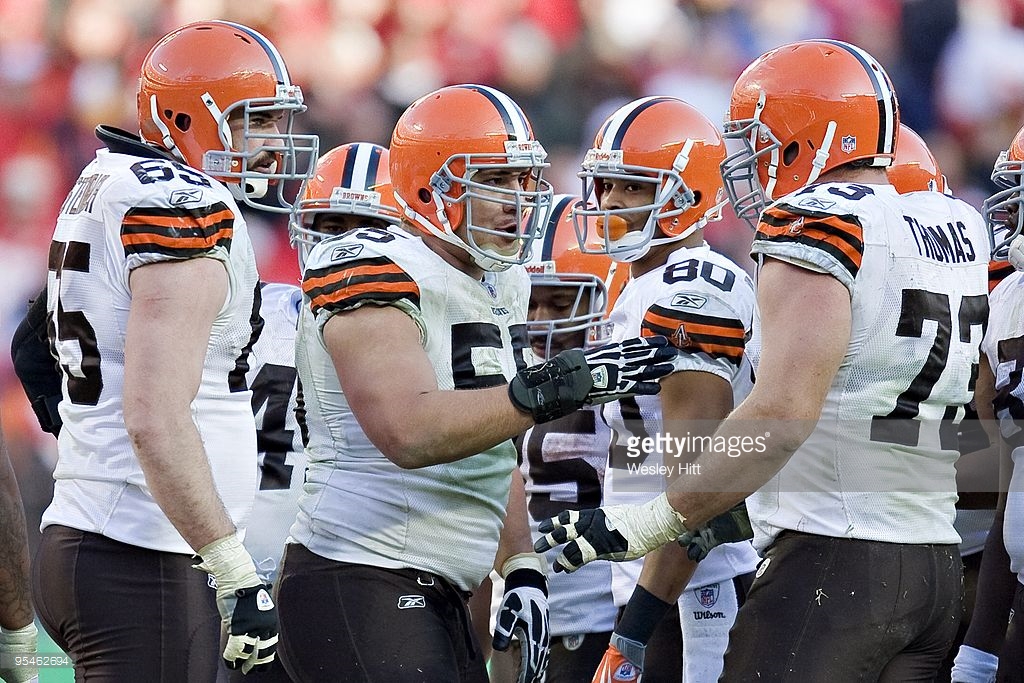 While the Pittsburgh Steelers have been somewhat atypically adding some notable pieces to their puzzle utilizing outside free agency this offseason, the Cleveland Browns, no matter who is in charge, have been biding their time, spending the bulk of this free agency period being, well, the Browns—or at least that is how the reputation goes.

The team holding the second overall pick in this year’s draft is coming off a 3-13 season, and an opening free agency salvo in which they blanked, 0 for 4, in re-signing any of their top free agents. Among them were two of the team’s starting offensive linemen, and that’s not going to be so simple to replace.

The big move was, of course, center Alex Mack, an All-Pro level talent at the position who opted out of his contract in order to have the opportunity to hit the open market once again after several will-he-or-won’t-he flirtations over the years about staying in Cleveland. Given that he is now in Atlanta, we can probably put that one to bed.

Also signing elsewhere was right tackle Mitchell Schwartz, who, while never flashy, had been a very consistent and reliable player for a franchise that lacks such traits. Entering the league in 2012 as a second-round draft pick, he has started 64 of 64 possible games, but now he will be starting for the Chiefs.

Not that they have no options, of course. They drafted interior lineman Cameron Erving in the first round of the 2015 NFL Draft with the intention of playing him, and while he may not have looked too great in his rookie season, he would not be the first quality player to struggle out of the gate.

Erving is more of a natural center, where he will play in 2016 in place of Mack, but he started four games at guard in 2015 for the Browns, and we saw, frankly, what the Steelers’ defensive linemen did to him there. He will no doubt improve this year. But still, he will in all likelihood be a significant step down from the Pro Bowl play of Mack.

The Browns should still have their guards in place, with third-year player Joel Bitonio another player who has been able to step in and play well from day one. He missed six games last season. John Greco started and played in 14 games for the Browns last year.

Who will start at right tackle is another matter, however. There isn’t much in the way of experience on the roster. the Browns signed restricted free agent Alvin Bailey away from the Seahawks this offseason. The three-year veteran has started eight of 42 career games, including three starts in 2015 and five starts in 2014.

It is hard to imagine a scenario, however, in which the Browns’ line does not regress from last season after losing two of their starters. Mack’s loss in particular is significant—we have seen in the past how much their run game suffers when he is out. While he may have Joe Thomas protecting his blind side, Robert Griffin III probably would have liked to have seen the Browns keep their line intact.