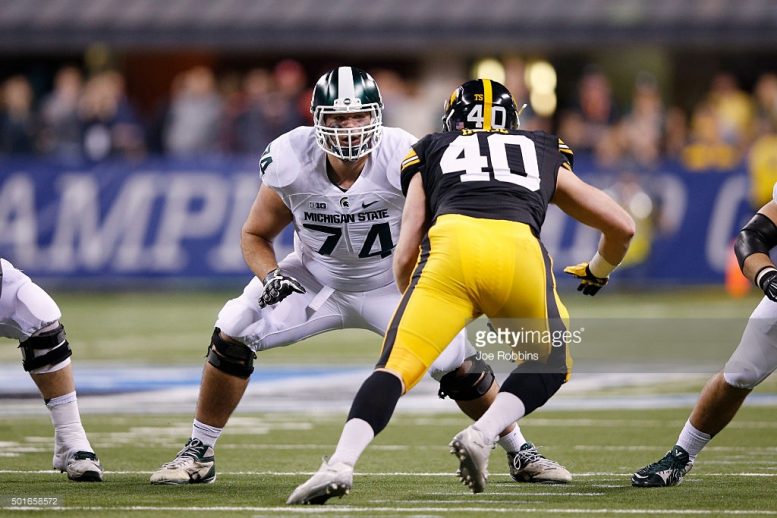 While the Pittsburgh Steelers apparently didn’t bring Michigan State tackle Jack Conklin in for a pre-draft visit, they still had some contact with him over the course of the last few months.

During a Tuesday interview on SiriusXM NFL Radio, Conklin, who started 38 games during his college career, listed the Steelers as one of nine teams that he either worked out for, or had meetings with during the pre-draft process.

Conklin, who measured in at the 2016 NFL scouting Combine at 6056, 308-pounds, figures to be selected in the first two rounds of this year’s draft after starting the last three years at Michigan State. According to STATS, he gave up just two sacks last season and was penalized a total of three times.

Being as the Steelers are expected to go heavy on defensive players early in this year’s draft, it would be quite a surprise if they ultimately selected Conklin. Even so, the Steelers appear to have done their due diligence when it comes to the young offensive lineman just in case he falls to them in the second round.

So far this offseason, the Steelers signed veteran free agent Ryan Harris to a two-year contract and he is expected to compete against Alejandro Villanueva for the starting job on the left side now that last year’s starter Kelvin Beachum signed with the Jacksonville Jaguars. The loser of that battle is expected to be the team’s swing tackle during the 2016 season as Marcus Gilbert will start again on the right side.

The Steelers also still have former second round draft pick Mike Adams on their offseason roster being as the final year of his contract tolled due to him spending all of the 2015 season on the team’s Reserve/PUP list with a back injury.