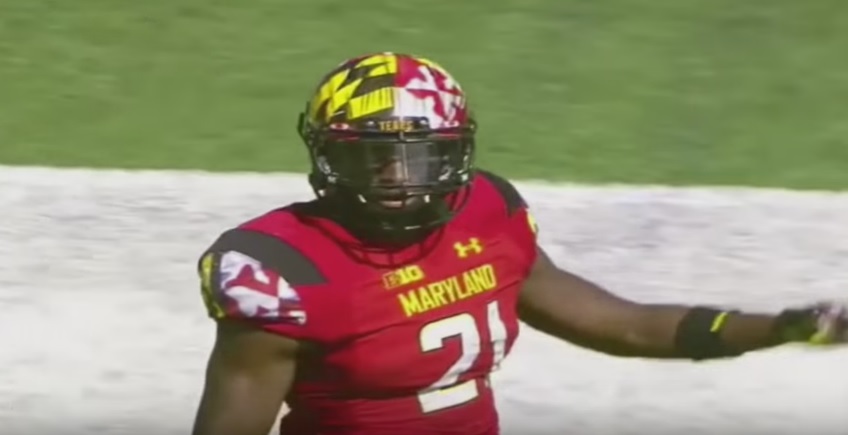 After selecting a defensive back in Artie Burns with their first-round pick of the 2016 NFL Draft, the Pittsburgh Steelers came right back to it with their second-round choice. This time, they chose Sean Davis of Maryland, who they’ve already announced will begin his career at strong safety for the Steelers. Davis brings experience at both cornerback and safety from his 40-start college career for the Terps.

In my evaluation of Davis from mid-February, I was a lot higher on the safety class at the time than I am now. At the time, I thought him a decent Round 4 option at safety, but a fifth-round grade was ultimately what I gave him for his cornerback tape. Since then and the combine, that assessment has changed over the two months. I’m still not high on his prospects long-term at cornerback, thankfully an irrelevant conversation considering his classmate Burns’ natural position.

However, Davis was an unusual selection at that point in the draft. I had him a couple of rounds later, a fairly common perception among the draft community. Most analysts projected him to go anywhere between Round 3 and Round 5, making his second-round selection somewhat surprising to most, including myself. I like the value that his versatility brings, but for his draft position, I’d expect to see a little more polish and readiness, or at least an athletic ceiling to compensate.

Davis will be able to solidify the strong safety position for Pittsburgh, which luckily also plays to his abilities (as I wrote in February, “NFL coaches will need to simplify the game for him at first and ease his transition by making his reads more simple”).

However, Ohio State safety Vonn Bell was still on the board at that point, going 3 picks later to the Saints. Bell is a far better starting option currently at strong safety, and while Davis has a higher ceiling long-term due to his rawness at the safety position, Bell is a lot more ready for the big league. For that reason, I question the selection of Davis due to him still being on the board.

Also worth mentioning is the seemingly endless free fall of Andrew Billings, who still remains available as Day 3 dawns. Once considered an option at #25, Billings’ precipitous decline lasted through all three Pittsburgh selections, meaning he is likely much further down on their board than commonly expected.

It’s not that I dislike Davis or his fit in the defense by any means. I just think Bell was a far more apt fit for the same position in this defense, and considering he was still available at that point may have been a better selection. Bell was also projected by most as a mid-second rounder, meaning he was better value than a reach on Davis. However, yet to be determined is whether the defensive back versatility of Davis plays into his long-term success.