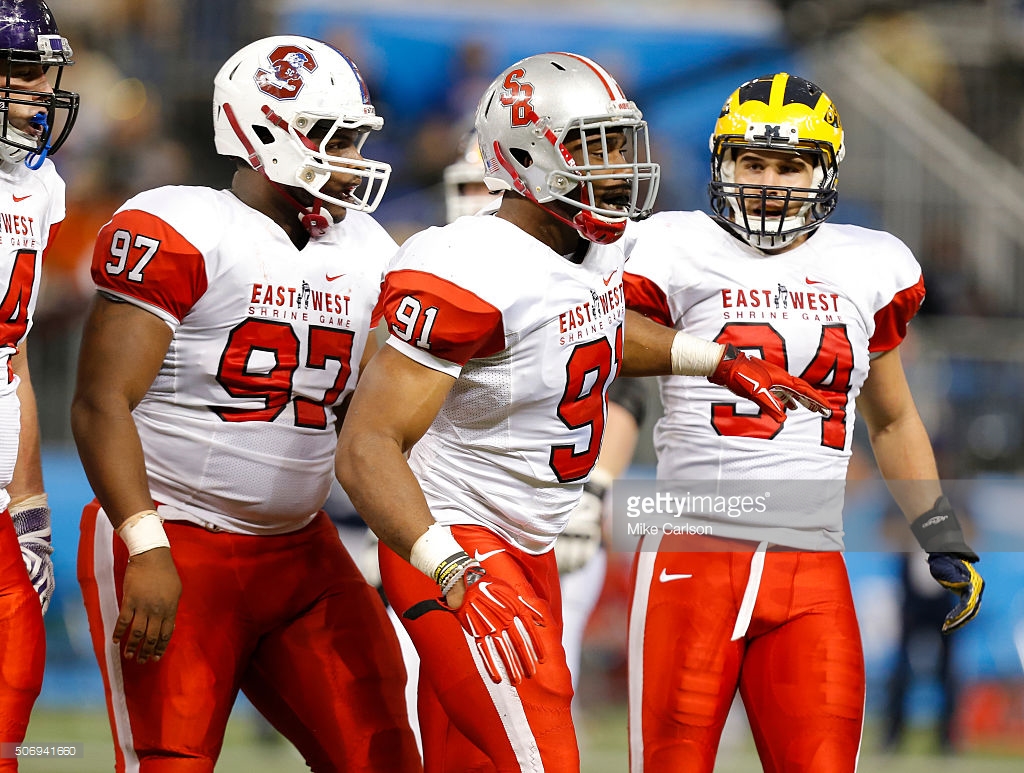 After bolstering the defense with their first two selections of Artie Burns and Sean Davis in the back end, Pittsburgh went to the trenches and selected Javon Hargrave out of South Carolina State with the 89th overall pick. The aggressive, explosive defensive lineman dominated offensive lines throughout the Mid-Eastern Athletic Conference and beyond. 6 sacks against Bethune-Cookman? Tied an FCS record. It was no secret in the FCS ranks Hargrave could play, but what happened from there was remarkable.

His name first started getting bandied about in the pre-draft process at the East-West Shrine Game, where he dominated interior offensive linemen all week in practice and one-on-one drills. During the game, he stood out as well – I was there for that game, and he was simply unblockable for the poor West offensive line. That impressive performance earned him an invitation to the Senior Bowl the very next week, where he continued his upward trend. From there, once people started watching his tape, his meteoric rise was well and truly established.

I don’t think it’s any secret that I loved Hargrave as a player. He went from a late-round projection to suddenly a Day 2 option in the span of about two weeks, an extremely impressive rise for a small-school prospect. But he backed it up with his tape and performance on the field. On Alex’s scouting report on him, I commented that, “If he went to an SEC school he’d be top 10, any Power 5 school a first round lock.” Hargrave possesses that much natural talent.

As such, it should come as no surprise to you that I think Hargrave was an absolute steal at 89, much less at 58 where the Steelers picked before. He was clearly the best option available in the third round, despite the continued slide of Andrew Billings. At this point, it would appear that the medical concerns on Billings (a knee injury, according to reports and sources) are significant enough to make him a question mark going into his rookie year. I like Billings as a player, but that slide is enough for me to shy away while there’s still talent of Hargrave’s caliber to be had.

Hargrave would have been good value in the second round, but to be able to secure him in the third round is a steal. He possesses the talent to be able to dominate the NFL from the first day; what’s left to be known is whether his abilities will translate against professional-level linemen instead of the FCS players he saw. There is nobody I would have rather seen don the black and gold here than Hargrave.