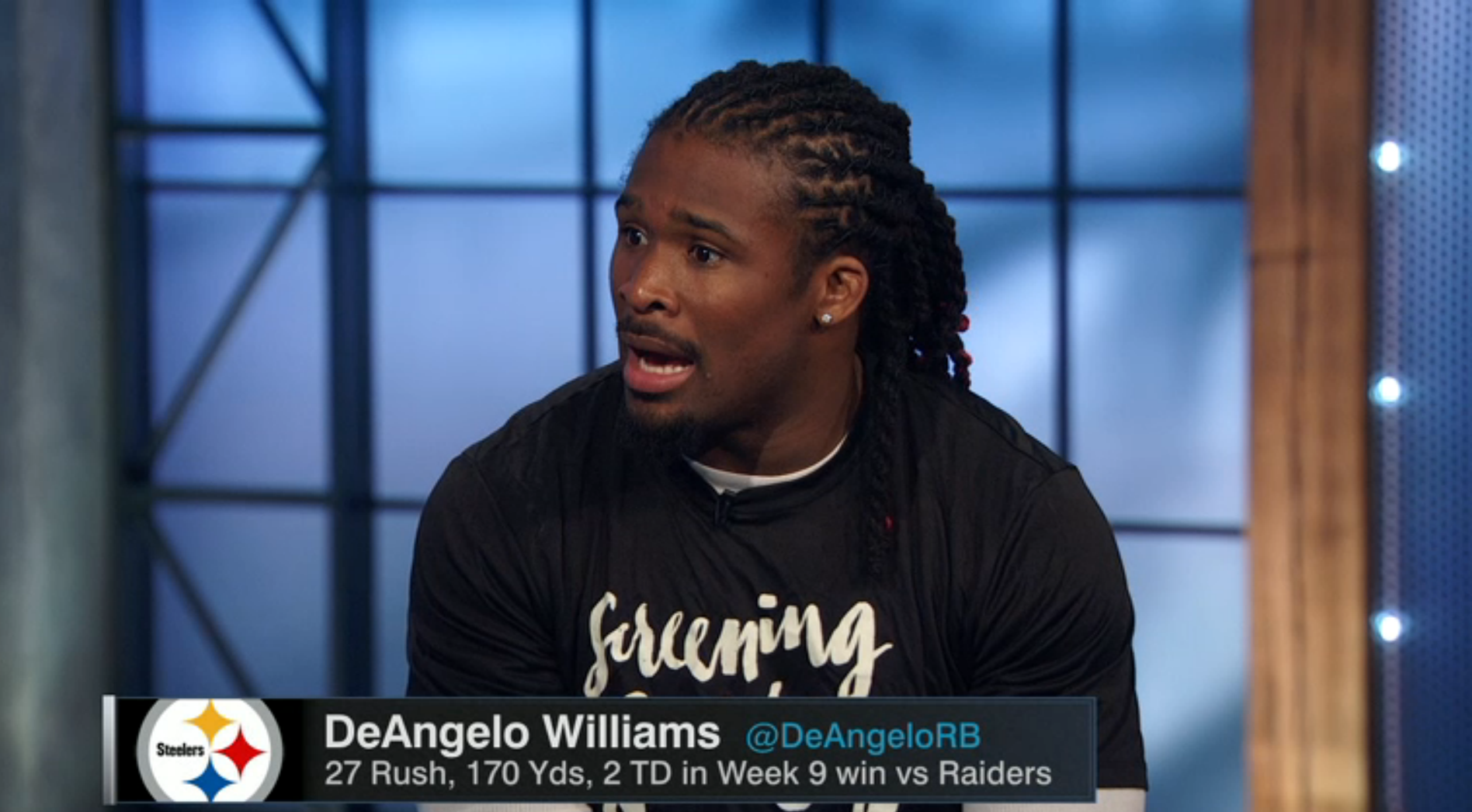 One thing that has not been very difficult for Pittsburgh Steelers running back DeAngelo Williams to accomplish since first arriving in the city has been the ability to draw headlines, for a variety of reasons. In most instances, they have referred to his gregarious and open personality, shining a light on his children, and on his mother, who passed away after battling breast cancer.

Other times, he draw headlines for running his mouth enough to get his head coach to hop on to Twitter to advise him to “quite while you’re behind”. Or perhaps, he is calling out Vontaze Burfict and squarely putting the blame on his shoulders for the Steelers’ failure to reach the Super Bowl this past season.

That storyline, and the subsequent Twitter war of words between himself and Burfict that followed, occurred just yesterday. But it wasn’t the only thing that he had to say yesterday, and it certainly wasn’t the most important.

During an ESPN interview with Trey Wingo, Williams was asked about suspended wide receiver Martavis Bryant, and how his absence from the team has altered his, and the Steelers’, expectations for the upcoming season, given how big a part of the offense he was projected to be, even through his both on- and off-field ups and downs.

The veteran running back quickly shot down the notion that it in any way alters their team expectations, which is and always is to win the Super Bowl. But he quickly diverted the conversation. The conversation, he implied, should not be about how Bryant’s absence will affect the Steelers, but how the Steelers can affect Bryant during his absence.

While acknowledging his on-field importance, Williams told Wingo, “not only are we down a guy, we want to help that guy”, referring to Bryant’s allegedly issues with drugs and the rumors of the third-year wide receiver suffering from depression, and whatever other personal issues might be contributing to his professional career seemingly derailing after a second suspension in three seasons.

Unfortunately for Bryant, there is a limited amount of help that he can get from his brothers on the team because of the way that the league has set things up when it comes to players who receive indefinite suspensions that require submission for reinstatement, as is Bryant’s case.

When posed the question of whether or not the rule should be changed, Williams described it as “outdated”, and said that “the people that can help him are in the locker room”. I’m not saying that he is hanging out with bad people, but the people that ultimately got him in trouble is the only people he can reach out to now, because he can’t come around us, so we can’t help him”.

It is hard to deny that there is a case to be made for both the league’s perspective as well as the players’ as to why the rule is the way that it is. In a case such as Bryant’s, however, it seems a particularly damning disadvantage for somebody who may most need the support of his brothers in the locker room.