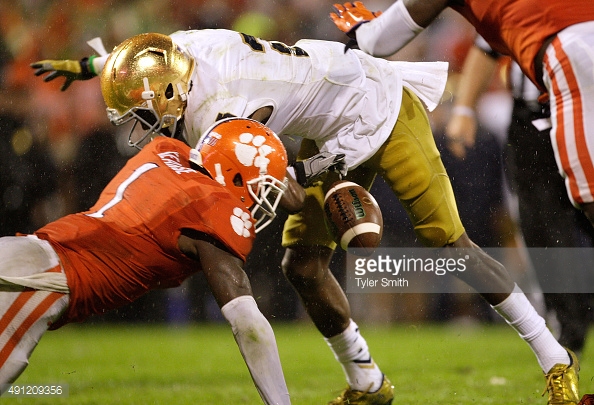 We’ve done a pretty good job of tracking all the pre-draft visitors in Pittsburgh. But there’s always one guy who we aren’t totally sure if he came in, or if the trip was met with a last-second cancellation.

Back on March 10th, Jayron Kearse told the media after his Pro Day that he had a visit set up with the Pittsburgh Steelers. But that was the last we heard of it, and until now, it was impossible to say if the plan had followed through.

In an interview dated yesterday, April 16th, Kearse told NFL Draft Blitz’s Alex Khvatov that he had “visited” with the Steelers. Here’s the snippet of the transcript.

Alex Khvatov:  Do you have any personal visits scheduled with NFL teams?

Jayron Kearse:  I have visited the Jaguars, Vikings, Steelers and Eagles.  I have a visit with the Falcons next Monday.  I also have visits scheduled with Detroit and the Seahawks next week.

It is not exactly known when the interview actually takes place, some of these interviews get posted well after the fact, but regardless, it signals that he’s paid the South Side a visit.

Kearse was a two-year starter for Clemson, leaving school a year early after recording 62 tackles, 6.5 TFL, and a pick last season. His best year statistically came in 2013 when he nabbed four interceptions. He’s big and can hit, but is predictably stiff and lacks the range to play safety. In my scouting report, I put a mid-late 4th round grade on him, though watching other prospects and thinking about it more, I’ll probably downgrade him in my final rankings. I’m a bigger fan of his Tiger safety teammate, T.J. Green.

If you missed my report, you can find it below. Kearse included, we know 26 official Steelers’ visits out of a possible 30.