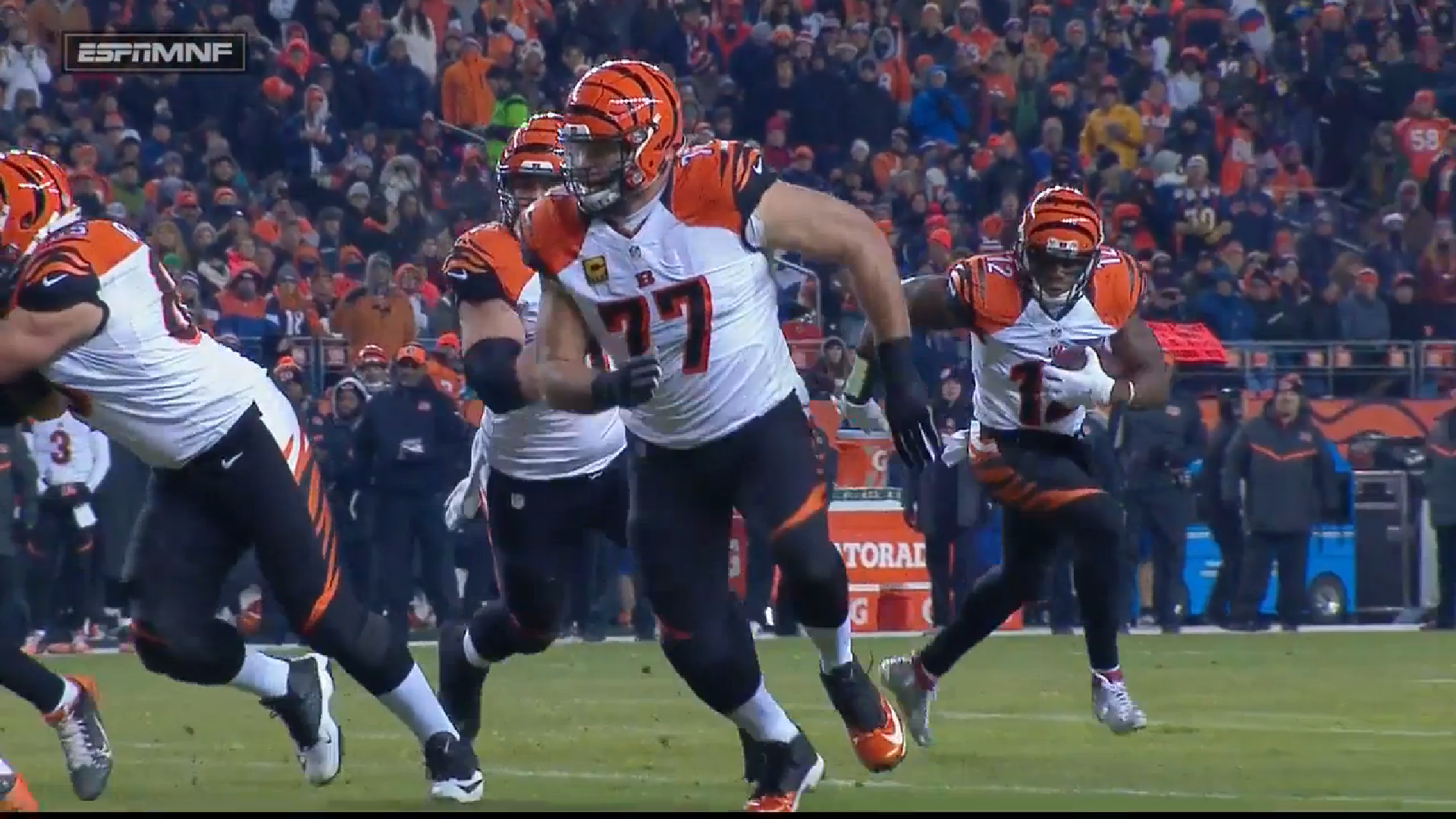 When it has come to free agency this offseason in the AFC North, the Ohio teams have not fared well in terms of retaining their own. The Browns, for certain, have lost a lot of important pieces, including two starting offensive linemen. The Cincinnati Bengals, as well, have now lost two of their top wide receivers as Andy Dalton looks to try to pull their offense over the hump in 2016.

Of course, every wide receiver would be secondary to A.J. Green, the Bengals’ fourth-overall draft selection from a handful of years back. But great offenses have several options at wide receiver, even if they have a central focal point, as the Bengals do with Green, or the Steelers do with Antonio Brown.

Since the start of free agency, Cincinnati has parted with their number two and number three wide receivers, much as the Steelers did following the 2013 season. Marvin Jones, who played in 16 games and started 13 last year after missing all of the 2014 season, signed an $8 million per season deal with the Lions after producing 65 receptions for 816 yards and four touchdowns.

Versatile wide receiver Mohamed Sanu, who also played in 16 games, starting four, signed a five-year contract with the Falcons after a season in which he was somewhat underutilized, totaling 33 receptions for 394 yards. A year earlier, in 13 starts, he caught 56 passes for 790 yards and five touchdowns.

One would have to think that the loss of these two players could take a lot of wind out of the sails of the Bengals’ offense, and to that end they have tried to re-establish their wide receiver depth by re-signing Brandon Tate, and just recently agreeing to terms with former Patriots wide receiver Brandon LaFell, who in 2014 was able to register 74 receptions for 953 yards and seven touchdowns. The 6’3” veteran will help fill the void left by the departures of Jones and Sanu.

Of course, much of the Bengals’ aerial offense does go through their young tight end, Tyler Eifert, who had a strong season with 52 receptions for 615 yards and, most importantly, 13 touchdowns. Green and Eifert will draw most of the attention of not only Dalton, but of opposing defenses as well.

The Steelers have had mixed results in defending the Bengals’ offense, with Green in particular having a couple of big games recently. He caught the game-winning touchdown pass late in the team’s first meeting with the Bengals during the 2015 season. Eifert, on the other hand, did not have such impressive showings.

Make no mistake, Cincinnati’s offensive cupboard is still fairly well stocked, as they have made provisions in prior drafts to attempt to withstand some of these losses. Their two tackles that they drafted last year, for example, help with the departure of Andre Smith. But it will be interesting to see how Dalton adjusts to losing two of his top four receiving targets just as it appeared he was developing into a quarterback who could potentially win postseason games.