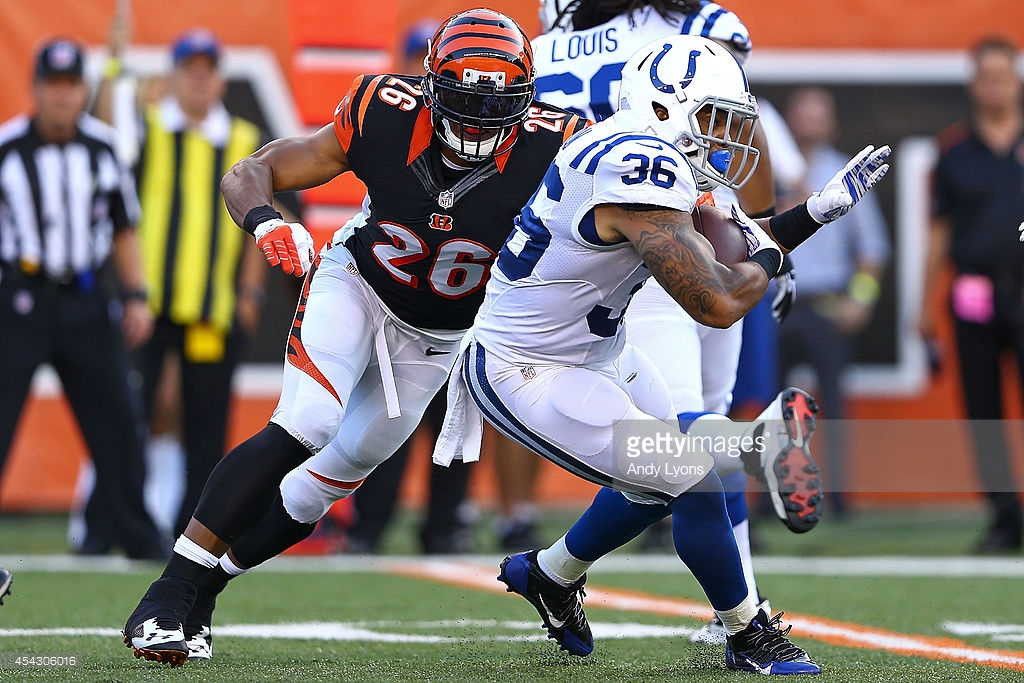 About a week after the Cincinnati Bengals lost their veteran starting safety Reggie Nelson, who signed a two-year, $12 million contract with the Raiders, they brought back an old safety of theirs, agreeing to terms yesterday with Taylor Mays, who was actually with the Raiders last season.

Entering his seventh season, Mays was originally drafted by the 49ers, but was released after just one season, and the Bengals picked him up. He has since spent the majority of his career in Cincinnati, playing in the AFC North city from 2011 through 2014 before the Bengals allowed him to journey outward in free agency.

Outside of his rookie season with the 49ers, during which he started six games, registering 38 tackles and a forced fumble, last year in Oakland was the most extensive playing time in Mays’ career, logging five starts, regarding 26 tackles and a career-best five passes defensed in 14 games.

It wasn’t such a linear path for Mays last offseason, however. After the Bengals allowed him to test the market, he was originally signed a week or so into free agency by the Vikings. He only made it through mid-June before he was released. A week or so later, he was signed by the Lions, only to be released in late August before finally being picked up by Oakland.

But it didn’t even end there, either, because Mays failed to make the Raiders’ final cuts. Remember that 14 games played statistic I mentioned earlier from last season? it’s because he was not on a roster for the first two weeks of the season, with the Raiders only adding him back after two weeks due to injuries they sustained in the secondary.

So now that we have fairly well established the fact that Mays has not exactly been a desire commodity—after all, he was still available in free agency on Tax Day—what might be the purpose of the Bengals’ decision to re-sign him? Could they really view him as the starter in place of Nelson to pair with George Iloka?

Unlikely. For starters, it has already been announced that he will serve a four-game suspension to begin the 2015 season, so Cincinnati is bringing in a player they know won’t see the field for a month—including the Week Two matchup versus the Pittsburgh Steelers.

While the roster at safety at the moment is slim for the Bengals, Shawn Williams figures to be the player currently in line to enter the starting lineup, a third-year player selected by the team in the third round of the 2013 NFL Draft. He started four games in place of Iloka last season, recording 32 tackles and two interceptions, including one against the Steelers.

If Mays is to have a role in Cincinnati, it will likely be as a sub-package player, where he was occasionally used previously as a quasi-linebacker with coverage responsibilities in obvious passing situations. with a 6’2”, 225-pound frame, he can certainly hit like a linebacker, even if he can’t quite cover like a starting defensive back.