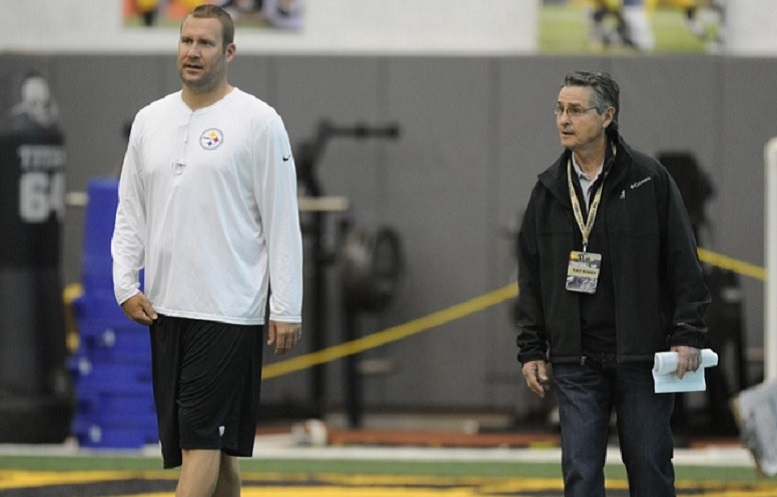 When Pittsburgh Steelers quarterback Ben Roethlisberger was photographed recently at a University of Pittsburgh spring practice, it was obvious that he had dropped some weight since the 2015 season ended. Come to find out, he’s dropped 15 pounds, according to his agent Ryan Tollner.

Tollner revealed to Jeremy Fowler of ESPN.com that Roethlisberger has been undergoing a “high-cardio” workout regimen and that is what led to the Steelers quarterback dropping so much weight.

Roethlisberger apparently packed on a few pounds last season as a result of the few injuries that he suffered during the year.

“He couldn’t really work out because he kept getting hurt,” Tollner told Fowler “I think he said after the season, you know what, I’m going to lose weight to alleviate potential pain in my joints.”

Roethlisberger is a big guy by nature and now that he’s older it’s probably a bit harder for him to keep the excess weight off whenever he has periods of downtime due to injuries. You could certainly tell that he dropped some weight last week and he should be in excellent shape once again when the team begins their OTA practices in a few more weeks.

Roethlisberger missed 4 games last year due to a left MCL sprain that he suffered during the third game of the season.