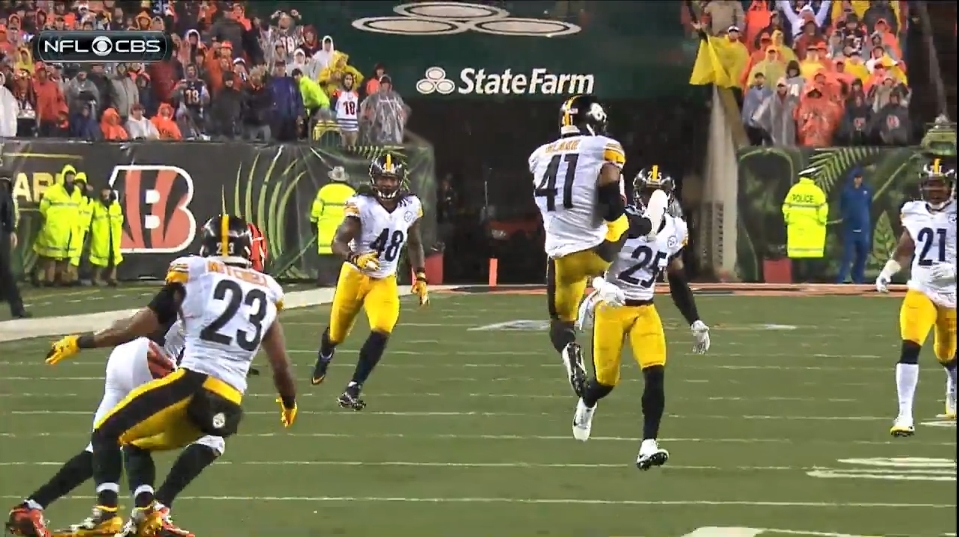 Like an Adam Sandler movie, the Antwon Blake news continues, even if you loathe seeing it. Yesterday afternoon, Blake posted a short video to Twitter, showing a pin being removed from his hand.

It isn’t overly graphic but if you are squeamish, you might want to click out because ya know, pins being removed from a hand.

Though barely mentioned on the Pittsburgh Steelers’ injury report, Blake playing severely hurt was no secret to most fans, and certainly anyone who visited this site during the season. It was easy to yell at him for his poor play, and there’s no denying that he struggled through the season, but a large part of it revolved around his hand and arm injuries. For an undersized corner who prided on being a physical player, check the 2014 tape and you’ll see a dude who can lay the wood, the injury sapped him of most of that in 2015.

The rationale for Mike Tomlin playing him nearly 100% of the time until the final stretch of the season is a different discussion, and where most of the blame should fall, instead on Blake’s feet. Tomlin’s insistence on playing Blake as often as he did, with poor and predictable results, might be the biggest blemish on the head coaches’ record since he arrived in Pittsburgh. I’m sure that opinion can – and will – be debated in the comments, but to me, it’s the one that lacks all logic.

It wasn’t an in-the-moment decision like clock management, and there simply weren’t compelling reasons to keep trotting him out there like he did. Ross Cockrell played well enough and though he is not a physical corner, he had two healthy arms, which seemed like a reasonable alternative.

Blake garnered little, if any, interest from Pittsburgh, and wound up signing a one year deal to reunite with Dick LeBeau and the Tennessee Titans. The money wasn’t exorbitant by any means but maxes out at $2.25 million, a larger sum than I’m sure most anticipated him receiving.

Blake’s career in Pittsburgh will likely be remembered poorly or at best, forgotten altogether. But I’ll remember him as a scrappy corner who played hard, played hurt, and earned my respect.