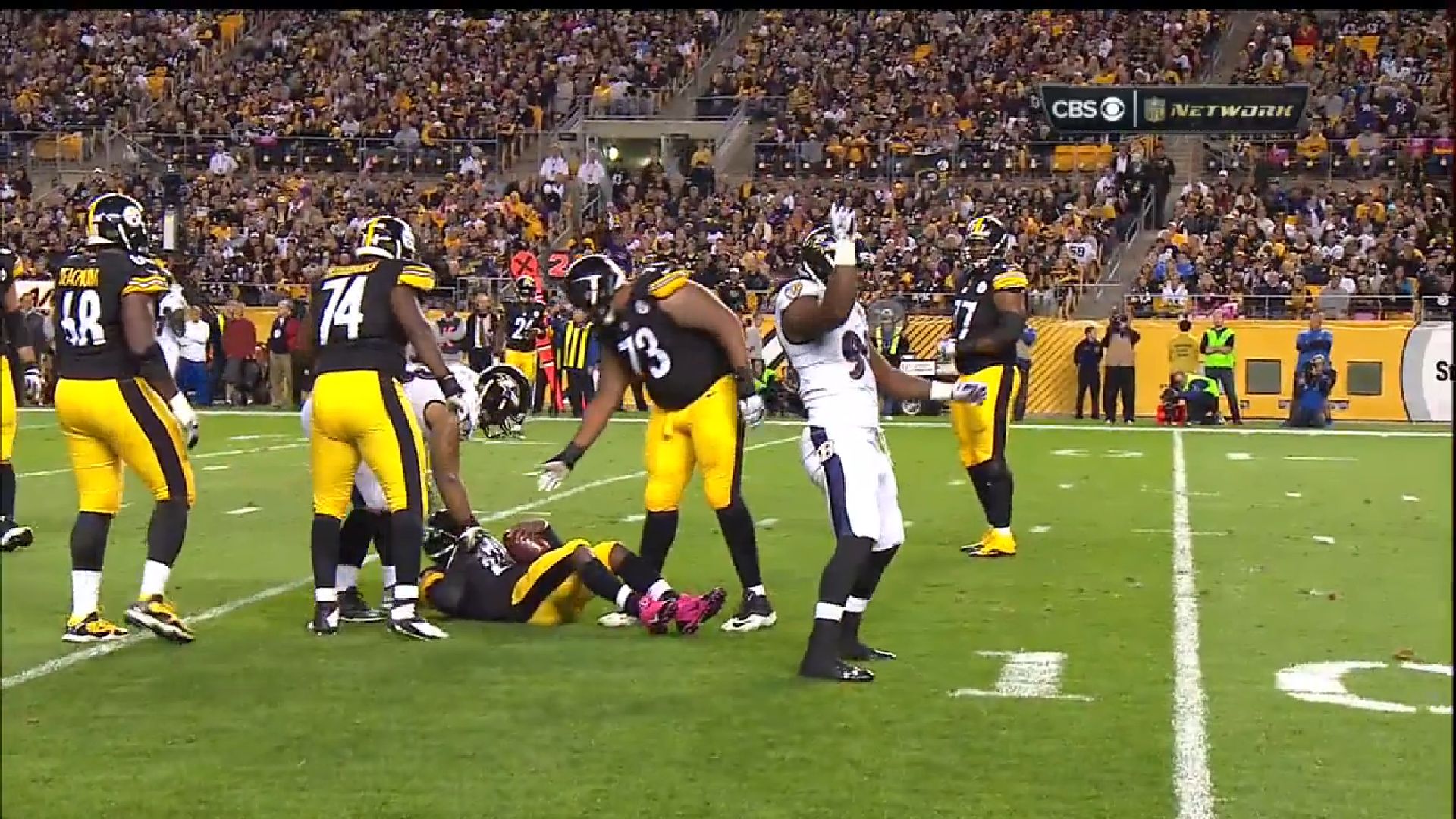 Pittsburgh also added help from outside of the organization at tight end, tackle, linebacker, and the defensive line, but suffered several free agency losses, chiefly at cornerback and linebacker, and suffered yet another key retirement in the process. There were no significant player releases, and no contracts were restructured. They still have six unrestricted free agents who remain unsigned.

Ben Roethlisberger: Rarely does much need to be said about an elite, franchise quarterback, but Ben Roethlisberger had an up and down season both in terms of health (especially) and performance. While he posted one of the best marks in league history in terms of passing yards per game, and a very healthy yards per pass figure, his touchdown-to-interception ratio was underwhelming. More significantly, of course, he suffered no less than four injuries, including a sprained MCL that knocked out a quarter of his season. a concussion, foot injury, and shoulder injury caused him to miss parts of other games, the latter nearly sabotaging their Wildcard victory before he returned to the field to lead a game-winning field goal drive.

Landry Jones: The Steelers were desperate to get some sort of answer out of Landry Jones in his crucial third season, which led to him playing a comical number of snaps during the preseason, but they did not see enough from him to be comfortable entering the year as Roethlisberger’s backup when Bruce Gradkowski was lost for the season. He looked good in two relief appearances in which he led the team to victories, but he largely struggled in his other appearances, including in the aforementioned Wildcard game. His position as the backup this season is far from secure.

Dustin Vaughan (Reserve/Future): Originally signed as an undrafted free agent by the Cowboys in 2014, the 6’5”, 240-pound Dustin Vaughan made the 53-man roster as a rookie, but failed to do so a year ago. He spent a couple of weeks on the Bill’s practice squad, and was signed to a Reserve/Future contract by the Steelers in January. He went 22 for 43 for 212 yards and one touchdown in his rookie preseason. A year ago, he threw two interceptions and no touchdowns.

Bruce Gradkowski (Unsigned): Originally signed by the Steelers as an unrestricted free agent in 2013 to serve as Roethlisberger’s backup until Jones was up to speed, the 33-year-old Bruce Gradkowski hardly had to take the field in his first two seasons, but when the team needed hundreds of snaps from the backup position, he was on injured reserve after underdoing thumb and shoulder surgery. Even if his health checks out, it is unclear if the team wants to re-sign him.

Mike Vick (Unsigned): The signing of Mike Vick after Gradkowski’s injury was a bit of a desperate act, or so it seems. He did not fit the Steelers’ offense well at all, which struggled mightily with him at quarterback. His accuracy was poor, his failed completions numerous, and his fortune in not being intercepted a half-dozen times great. He suffered a hamstring injury in his third start replacing Roethlisberger, which opened the door for Jones to take his place as the backup.

Notes and Draft Outlook: This is about as shaky as the quarterback position has looked behind Roethlisberger since 2013, after they parted with Charlie Batch and Byron Leftwich. Vick is certainly not an option to be re-signed, while Gradkowski’s health and abilities are in question.

It is somewhat difficult to imagine Jones being given the opportunity to enter the season as Roethlisberger’s backup without competition; however, the veteran quarterback market has already largely run dry, and Vaughan is likely not much more than a body. He is also entering the final year of his contract. The team has been linked to a few quarterbacks during the draft evaluation process as well. These factors strongly indicate the possibility that the Steelers could draft a quarterback in the mid to late rounds of the draft, as they always carry three quarterbacks on the roster.