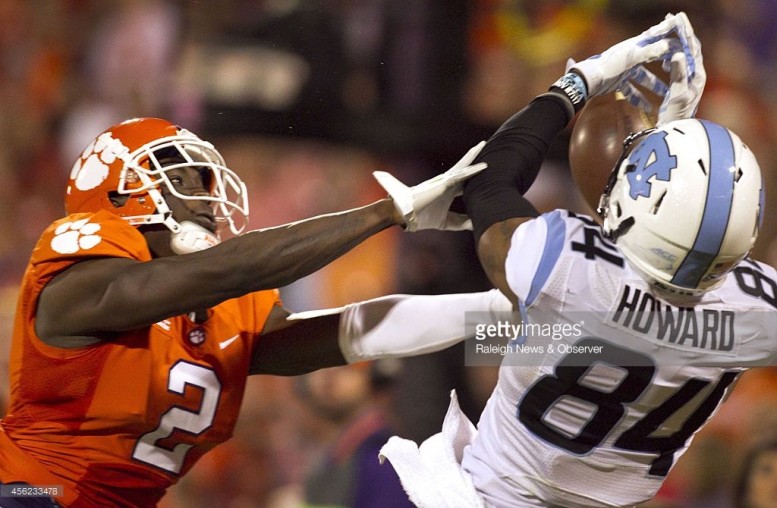 In an effort to thoroughly breakdown Clemson cornerback Mackensie Alexander, I have now gone through all of his 2014 games and pulled out all of the times he was targeted during the 2014 season and complied them in one video that you can view below. Additionally, I have a breakdown of each play in the table below that includes the quarter, down and distance, line of scrimmage and intended receiver on each and every play.

As you can see, I have Alexander targeted in coverage a total of 54 times. He gave up a total of 19 receptions on those passes for a total of 297 yards and 2 touchdowns. 10 other of the receptions that he allowed during the 2014 season resulted in first downs. Alexander did, however, have one pass interference penalty against him and the interception listed was made by one of his teammates.

I plan on doing this exercise for all of Alexander’s 2015 games as well in the coming days and if you would like to volunteer to help me out with a game, please let me know as this is certainly a time consuming process. I hope you enjoy this breakdown and I learned a lot about Alexander while putting it together.