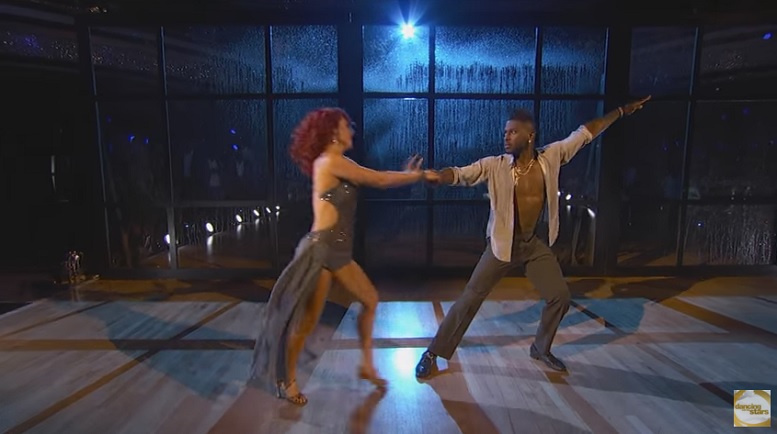 Pittsburgh Steelers wide receiver Antonio Brown was back on the dance floor Monday night as he and his partner Sharna Burgess attempted to impress the judges with a rumba routine during the second episode of Dancing with the Stars.

The judges, however, weren’t overly impressed with Brown and Burgess on Latin Night as the two were given a combined score of 19 out of a possible 30. Last week, the pair received a 21 score from the judges.

“You really are blessed and gifted,” Judge Bruno Tonioli said. “I am going to give you a little tough love. You’ve got it all. You have the affinity for the music. You have the chemistry with Sharna. You just need to apply it more. You have the talent. You have to apply the talent to the technique. I want to see it.”

The tough love continued on from the two other judges as well.

“You have all the nuances of what the meaning is behind it, which I love,” said Judge Carrie Ann Inaba. “I think in this dance particularly you need to provide a very sturdy frame for the artistry that is Sharna. I think that your feet were a little shuffling underneath you.”

“There is a dancer inside of you. It is there. I know with Sharna’s help and hard work it will come through. This lacked a little bit of finesse. You get a little more finesse and you are going to be good.”

Brown had a few more of his Steelers teammates in attendance Monday night as defensive end Cameron Heyward and linebacker Vince Williams were both in the crowd cheering him on.

Brown survived the weekly elimination so he and Burgess will be back on the dance floor next Monday night.