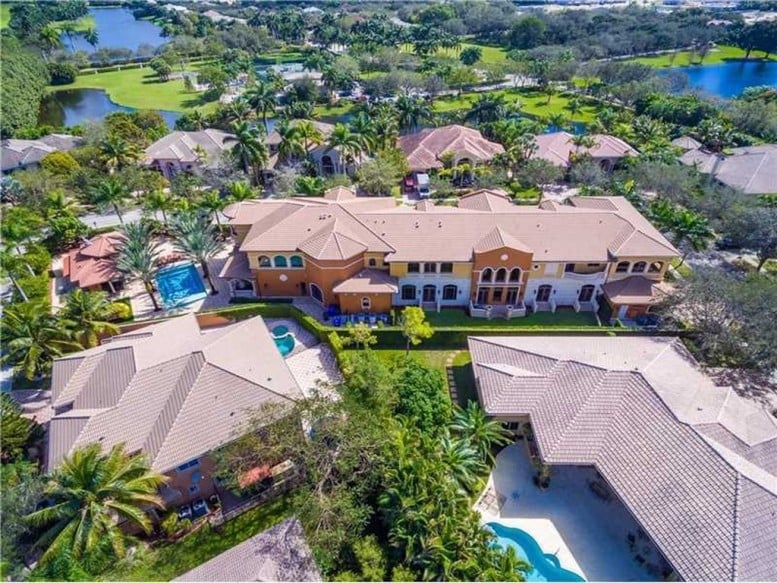 Business is definitely booming right now for Pittsburgh Steelers wide receiver Antonio Brown and he reportedly now has a new mansion in Florida to boom more in.

According to Paul Owers of the Sun-Sentinel, public records now indicate that Brown has purchased a 12-bedroom mansion complete with a built-in synagogue in Fort Lauderdale, Florida for $6.6 million. According to Owers report, Browns’ new sprawling estate has Italian marble floors, imported chandeliers, a custom outdoor kitchen, a wet bar and door handles that are made from precious metals. It also includes a home theater complete with stadium seating. Brown also reportedly bought his new home for $900,000 less than the asking price.

Brown, the Steelers former sixth-round draft pick out of Central Michigan, is currently a contestant this offseason on “Dancing with the Stars“, which made is annual season debut Monday night on ABC. The Steelers wide receiver, along with dance partner Sharna Burgess, scored a 21 out of a possibly 30 points in their first routine for the long-running show.

In his first six seasons in the league with the Steelers, Brown has registered 526 total receptions for 7,093 yards and 38 touchdowns. He signed a five year, $41.7 million contract extension with the Steelers on July 27, 2012 and that deal still has two years remaining on it. While he is currently scheduled to earn a base salary of $6.25 million in 2016, odds are good that the Steelers will pay him some of his scheduled 2017 base salary this year if they ultimately decide not to sign him to a long-term extension.