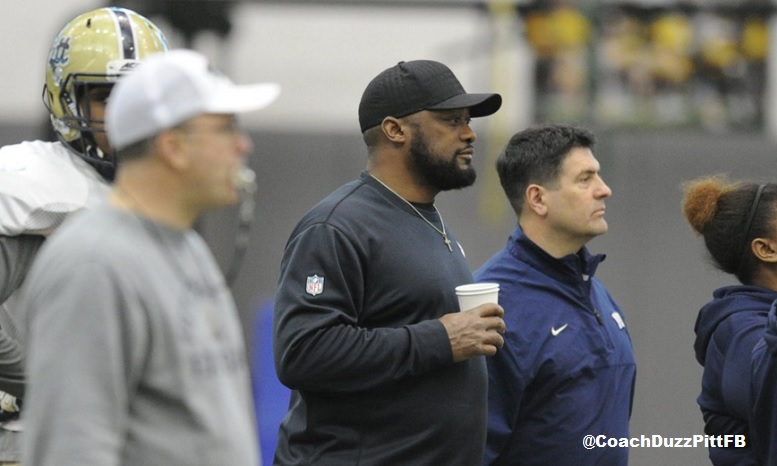 Even though a few notable pro days took place on Thursday, Pittsburgh Steelers head coach Mike Tomlin evidently didn’t attend any of them. Instead, Tomlin was back in Pittsburgh on Thursday and was even spotted at the Panthers spring practice along with Steelers quarterback Ben Roethlisberger.

Tomlin had a busy week that started with him making his annual visit to the Pittsburgh Pirates spring training location in Bradenton, Florida prior to them heading north for the start of the season. On Tuesday, Tomlin was present at the Florida State pro day and on Wednesday he was farther down in the state of Florida watching the Miami pro day that took place in a steady rain.

The 2016 pro day schedule should come to an end next Thursday and as for Tomlin’s itinerary, it’s probably a good bet that he’ll be present for the one on Monday that will take place at West Virginia.

As for Roethlisberger, he sure looks like he’s lost a few pounds this offseason. The Steelers OTA sessions will be getting underway not long after the 2016 NFL Draft concludes and the team is expected to announce that schedule on Friday.