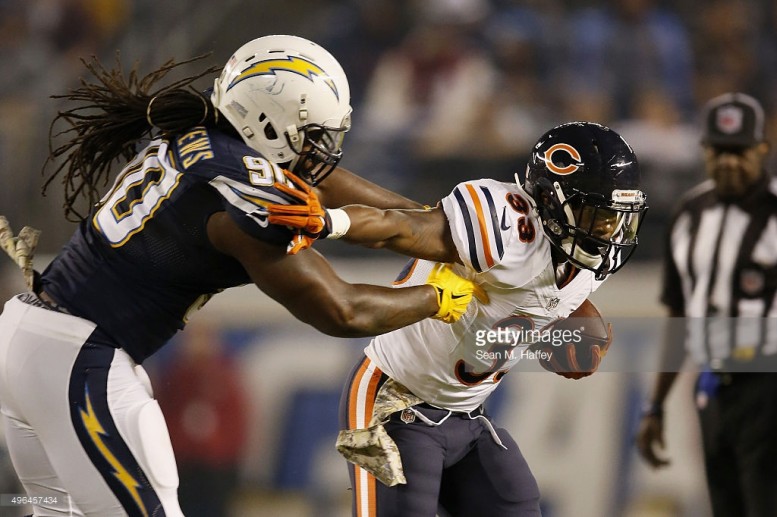 The Pittsburgh Steelers have now signed another free agent as defensive lineman Ricardo Mathews has agreed to a one-year contract, according to the team.

Mathews, who was originally drafted by the Indianapolis Colts in the seventh round of the 2010 NFL Draft out of Cincinnati, played his last two seasons with the San Diego Chargers.

Last season, Mathews recorded 22 total tackles and a sack and started 7 games for the Chargers.

At his 2010 pro day, Mathews reportedly measured in at 6020, 290-pounds. However, he was listed on the Chargers official website last year at 300-pounds.

Mathews was more than likely signed by the Steelers in order to add depth on their defensive line. Should he make the Steelers final 53-man roster, he will likely be used as a reserve defensive end in the team’s base package and as a reserve interior pass-rusher in their nickel package.

While no details have been released yet, Mathews likely signed for the league minimum for his accrued years and if he did receive a signing bonus it likely wasn’t more than $80,000.

We have signed DE Ricardo Mathews to a one-year contract.