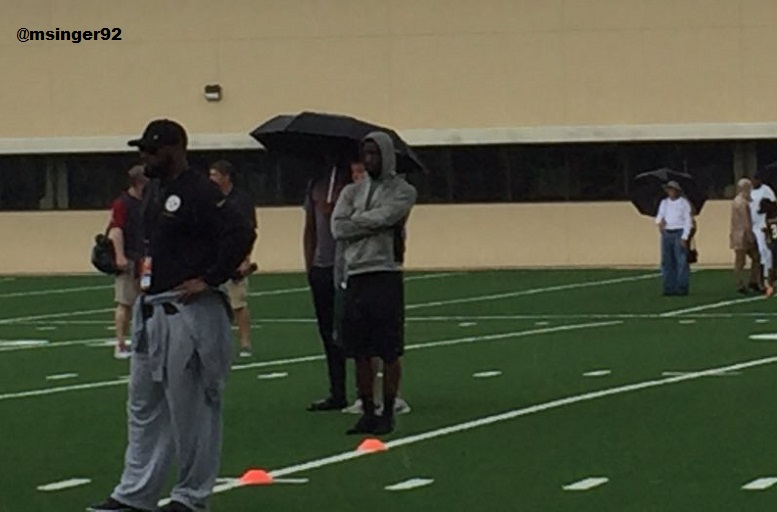 The University of Miami is holding their annual pro day on Wednesday and as expected, Pittsburgh Steelers head coach Mike Tomlin is present for the event just as he has been for the last several years.

While it’s unknown as to whether or not Steelers general manager Kevin Colbert is also with Tomlin in Miami, it’s probably a good bet that he is being as the two were both together at the Florida State pro day on Tuesday with defensive coordinator Keith Butler and defensive backs coach Carnell Lake.

The big draws at this year’s Miami pro day figure to be cornerback Artie Burns and safety Deon Bush. However, wide receiver Rashawn Scott, defensive end Ufomba Kamalu and linebacker Raphael Kirby are three other Miami players who could potentially wind up being drafted this year.

Burns, who measured in at the 2016 NFL Scouting Combine at 5117, 193-pounds, reportedly ran a 4.46-second 40-yard dash while in Indianapolis. Last season he recorded 36 total tackles to go along with 6 interceptions and 5 defensed passes. Some analyst feel that Burns might be a better safety prospect at the NFL level. He reportedly allowed 47% completion rate last season on 47 total targets.

As for Bush, he registered 50 total tackles in 2015 to go along with one interception and 5 passes defensed.