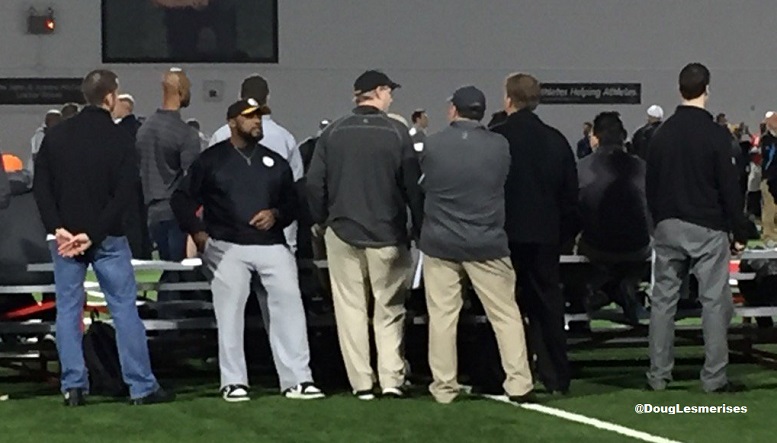 Ohio State is holding their annual pro day on Friday and as you would expect, the Pittsburgh Steelers have a presence there.

According to several Twitter reports, Steelers head coach Mike Tomlin is present for the Ohio State pro day and while I don’t know for sure, one could easily speculate that general manager Kevin Colbert is also present as the two were together at the Clemson pro day on Thursday.

The Steelers have selected an Ohio State product in five of their last six drafts so odds are good that they might do just that again this year. While in Indianapolis for the 2016 NFL scouting Combine, the Steelers also met with several Ohio State players and that list includes cornerback Eli Apple, safety Vonn Bell and tackle Taylor Decker, just to name a few.

There is probably a good chance that the Steelers had a private dinner or meeting with at least one Ohio State draft hopeful on Thursday night and if not, perhaps one will take place after the pro day takes place. I will pass any information that surfaces later on in the day after the players talk to the media.