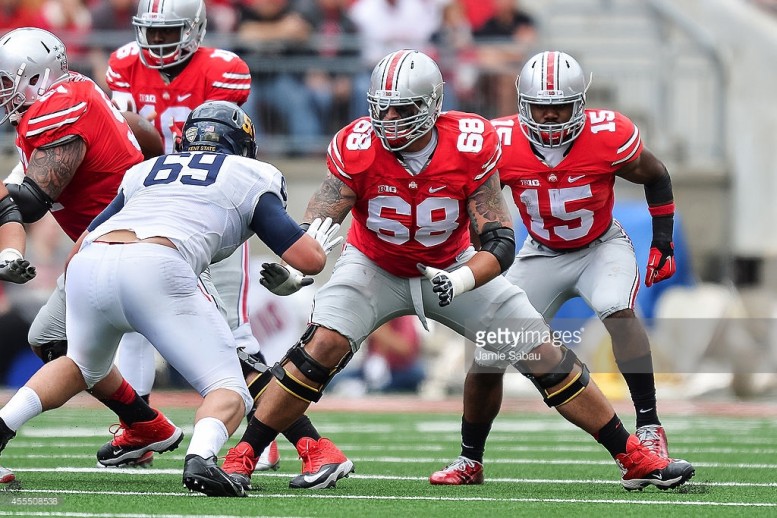 Will the Pittsburgh Steelers draft a tackle this year? You certainly can’t rule out the possibility of that happening and especially being as the team stands to lose Kelvin Beachum during the upcoming free agent signing period.

On Friday, Ohio State tackle Taylor Decker was interviewed by Josh Taylor on Trib Live Radio and he revealed that the Steelers were one of the 23 teams that he met with last week in Indianapolis at the 2016 NFL Scouting Combine.

“I know the Steelers like their Buckeyes, so that was definitely a good meeting. I thought it went well,” Decker told Taylor.

Decker said that he met with Steelers head coach Mike Tomlin during that combine interview and that there were approximately 10 other people in the room at the time.

According to STATS, Decker only gave up one sack in 2015 in addition to allowing just 4 quarterback pressures at left tackle.

Prior to this year’s combine, NFL Network draft analyst Mike Mayock had Decker ranked as his fourth overall tackle in this year’s class behind Laremy Tunsil, Ronnie Stanley and Jack Conklin.