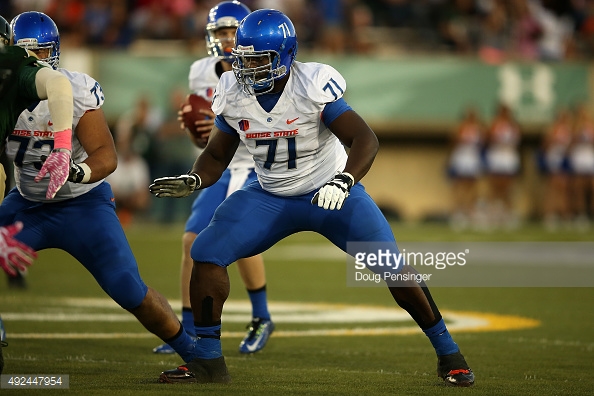 The Pittsburgh Steelers are in Idaho today at Boise State’s Pro Day. And per draft-info wizard Tony Pauline, they’ve taken interest in one Bronco offensive linemen.

Odhiambo weighed in at 6’4, 309 with 33 1/4 inch arms and 9 5/8 hands. An ankle injury held him out of drills but he repped 23 times on the bench. Boise State’s Pro Day will begin at noon Mountain Time. You can watch the full day, including safety Darian Thompson’s workout, at the link here.

He started eight games in 2015 before breaking his ankle but was still an All-Conference First Team selection. He’s a three year starter but has an injury history, missing five games in his sophomore season, too. He is viewed as a 6th round draft pick by NFL Draft Scout.