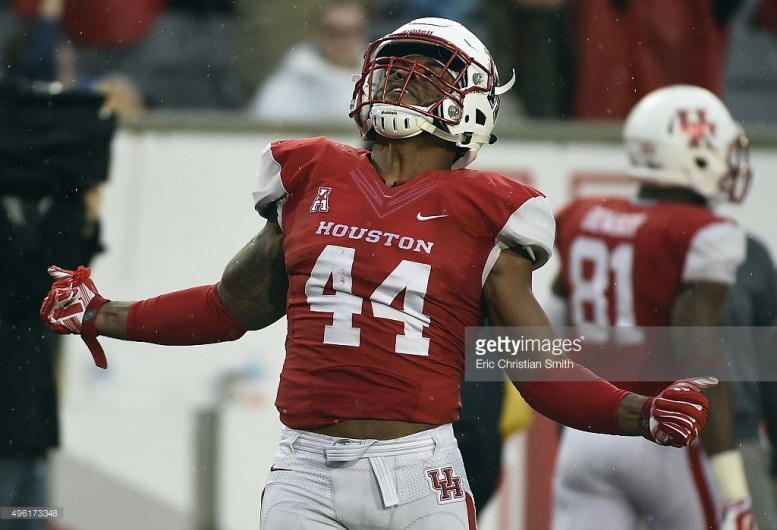 Due to the losses the Pittsburgh Steelers have had at inside linebacker so far this offseason, it makes it easy to speculate that the team might address the position during the 2016 NFL Draft. With that in mind, they apparently have some interest in Houston linebacker Elandon Roberts.

According to Rand Getlin, Roberts either has had, or will have, a workout with the Steelers.

I'm told #Houston LB Elandon Roberts has (or had) workouts with the #Texans and #Steelers and has a visit lined up with the #Cardinals.

Roberts led the nation in 2015 with 88 solo tackles while ranking fourth nationally and leading his school’s conference with 142 total tackles. He was a team captain last season and started in all 14 games.

At his recent pro day that Steelers head coach Mike Tomlin and general manager Kevin Colbert both attended, Roberts measured in at 5116, 234-pounds. Scouts reportedly clocked Roberts in 4.49 to 4.53 seconds in his 40-yard dash, however, his official time was 4.60, according to the Houston Chronicle. He had a 36-inch vertical leap, a 10-0 broad jump and bench pressed 225 pounds 25 times.

Roberts is expected to be a late-round selection in the draft.