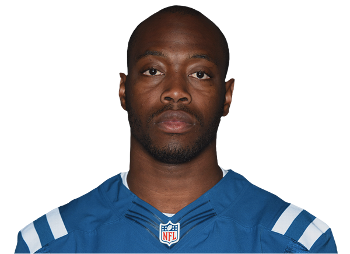 To preface, we have wrapped up all the brand-new futures’ contracts. The ones who had never been apart of the organization. To round things out, we’ll mention some of the players that came onto the practice squad late in the year but remain largely irrelevant to your typical Steelers’ fans.

He’s played football at more schools than misspellings of his name he’s probably seen. And I would know. Even after having it in my browser, I still screwed his last name up. Sorry, Abou.

Out of high school and with academics that weren’t up to snuff, he began his career at Valley Forge Military College, a short trip down the interstate from Philadelphia. He spent one year there, earning All-Conference honors. One video of Valley Forge in 2010 exists, coming from Toure’s own account. He’s the one wearing #28, the fullback in this triple option offense, ripping off a couple of big plays, including one at around the five minute mark.

After a year there, he transferred close to home, up north to the private Dean College in Franklin, Massachusetts. An ankle injury quickly dashed his season, and despite scoring twice, he saw only eight carries the entire season.

Time to transfer again. This time, to the Division One level. With interest from Boston College and FCS Maine and Bethune-Cookman, Toure ultimately decided to heed Manifest Destiny and head west to Utah State.

Back to the drawing board.

He transferred again, this time south to Tennessee-Martin. That completed the compass, put him in more places than Carmen Sandiego, with Toure just looking for a chance to compete.

It’s now 2013. He spent the year as the backup, but gave a taste of what he could do with a full-time role, averaging 5.9 yards on 87 carries. He took over the starting gig in 2014 and doubled down, rushing for over 1100 yards on 5.7 yards a pop, and eight touchdowns. The yardage ranked him third on the single-season Skyhawk list, becoming only the third individual to surpass the 1000 yard plateau since 1989.

It included a 214 yard performance against Murray State but more importantly, a less statistically impressive 94 yard output in a November 8th loss to Mississippi State. But to rip off big run after another against an SEC defense caught the attention of scouts, and they began to look into the big, bruising back.

“I got calls from scouts, and they’d start, ‘We saw the Mississippi State game.’ That’s what really got teams on board,” he told the Metro West Daily News last year.

Scouts surely chirped more after Toure’s Pro Day. At 231 pounds, he jumped 39 inches in the vertical, 10’9″ in the broad, and chipped in a 4.7 flat for good measure.

It still wasn’t enough to get him drafted but he picked up a UDFA contract with the Indianapolis Colts. He, like so many others featured here, made it through most of camp, but was cut in the first wave down to 75. He was on the street until December, added to the Arizona Cardinals’ taxi squad, only to be cut one day before Christmas. The Steelers signed him on January 5th.

Though the team is firmly entrenched with Le’Veon Bell, DeAngelo Williams, and probably even Fitzgerald Toussaint, Toure offers a different mold. A big, brute force, who, given his size, may even get a look at fullback in certain situations. He’ll be fighting to keep his head above water competing against Daryl Richardson, who has played on Sundays, and Rajon Neal, who spent a chunk of 2015 on the Steelers’ practice squad.

But Toure is a name. Not just in the difficulty of its spelling but the talent behind it.