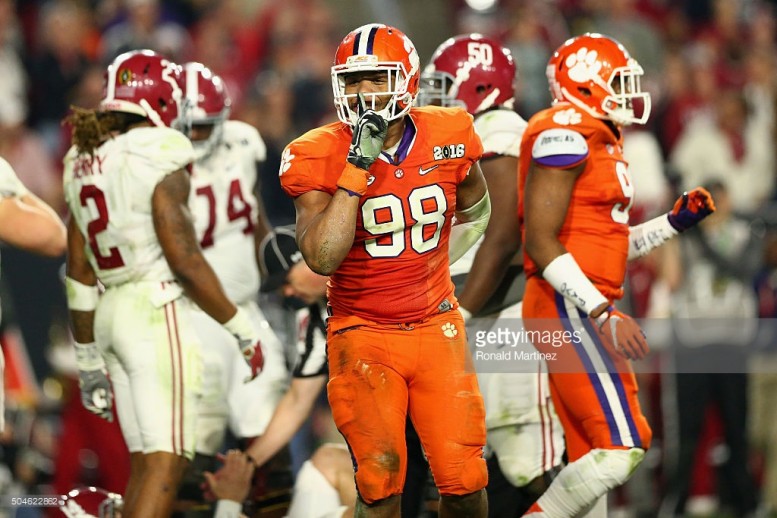 The 2016 pro days are well underway and on Thursday Clemson is hosting theirs. As you would probably expect, Pittsburgh Steelers general manager Kevin Colbert and head coach Mike Tomlin are both in attendance for it, according to Jonathan Jones of the Charlotte Observer.

Most of the eyes of those in attendance will be on cornerback Mackensie Alexander and edge rushers Kevin Dodd and Shaq Lawson as all three are considered possible first round selections. Additionally, defensive tackle D.J. Reader and safeties T.J. Green and Jayron Kearse are just a few more Clemson players who will be drafted this year.

As for Alexander, who didn’t do any drills at the 2016 NFL Scouting Combine because of a minor injury, he reportedly ran a 4.44 and 4.45 in the 40-yard dash on Thursday. Additionally, he reportedly had a vertical jump of 37.5-inches.

According to Jones, Lawson decided to stand on his number from the combine but will apparently do position drills. As for Dodd, Jones reports that he did 22 reps on the bench.