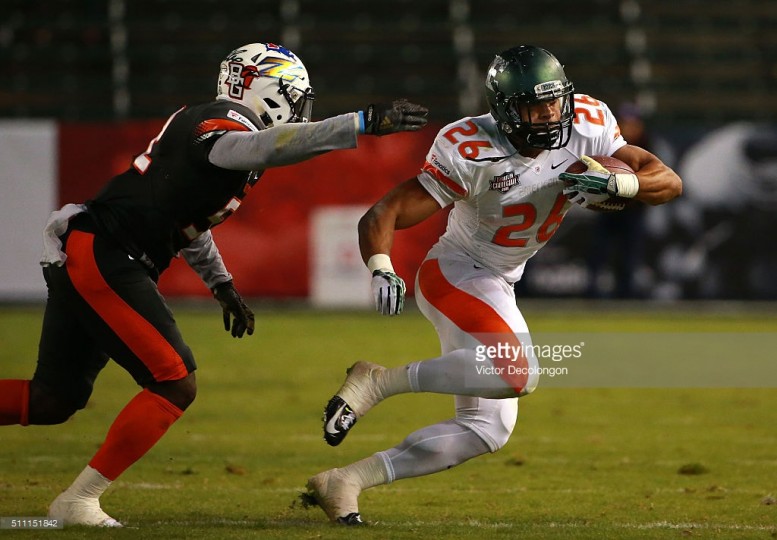 With the month of April now here, the list of players that the Pittsburgh Steelers plan on bringing in for pre-draft visits is really starting to grow. Thursday night, a source told me that Akron linebacker Jatavis Brown has a visit scheduled with the team for April 6th.

According to George M. Thomas of the Akron Beacon Journal, Brown, the 2015 MAC Defensive Player of the Year, had a tremendous showing at his recent pro day that included him running between 4.38 and 4.44 in the 40-yard dash. Additionally, Brown did 33 reps on the bench during that workout. At 5-foot-11, 222-pounds, some wonder if Brown might best fit as a strong safety at the NFL level.

“Honestly, I’d like to see a team create a position for me. Not quite a linebacker, not quite a safety but use me and be creative,” Brown said after participating in the Houston Regional Combine.

However, after saying that, Brown made it clear at a later date that he feels like he’s best suited to play linebacker at the NFL level.

“I believe I’m a linebacker and I will play linebacker in the NFL,” he said, according to Thomas.

Brown was one of the obvious official scouting combine snubs this year, so he probably has a huge chip on his shoulder right now. He certainly isn’t flying under the radar as he reportedly has visits lined up with several other teams.

Despite his great athleticism and college production, many analysts still have Brown being a day-three selection in the 2016 NFL Draft.