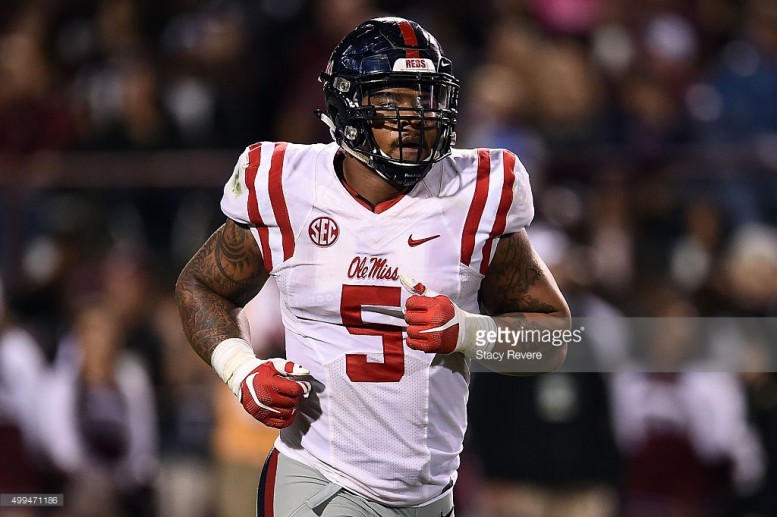 You never really know for sure what you are going to get from one major media mock draft to the next. While I certainly applaud the efforts of most, it’s almost always a losing proposition as not everyone is able to keep up with realistic draft needs of all the teams in addition to team tendencies. Such is the case with the latest first round predictions from Peter Schrager of Fox Sports and especially when it comes to the player he mocked to the Pittsburgh Steelers at 25th overall.

In Schrager’s most recent mock of the first round of the 2016 NFL Draft, he has the Steelers selecting Mississippi defensive tackle Robert Nkemdiche 25th overall and he writes:

Nkemdiche’s a man. I asked nearly a dozen talent evaluators about him and there are no questions that he’s a good enough player to be a star at the next level. The off-the-field concerns are real, but he won’t be the first defensive lineman in NFL history with a troubled past. The truth is, he was a lot better in interviews than expected, and at 25, a stable franchise like the Steelers can take a roll of the dice on a talent that might end up being the best future pro in this draft.

While Nkemdiche certainly has talent and is more than likely to be selected somewhere in the bottom half of the first round of the 2016 NFL Draft, his off the field problems are really hard to ignore and especially when it comes to the Steelers.

In case you haven’t heard the story, Nkemdiche suffered minor injuries when he fell off the balcony of an Atlanta hotel in December. After that incident occurred, he was charged with possession of marijuana. While he was asked about that incident during his session with the media at last week’s scouting combine in Indianapolis, his explanation really felt empty, in my opinion.

Stable franchise and all, the Steelers just don’t take these kind of risks in the first round when it comes to players who have the kind of character red flags that Nkemdiche has.

At the combine, Nkemdiche measured in at 6034, 294-pounds and he registered an impressive time of 4.87 seconds in the 40-yard dash in addition to doing 28 reps on the bench and vertical jumping 35-inches. He will probably fit in nicely in the NFL as defensive end in a 3-4 front if he can keep himself out of trouble.

In addition to his 3 sacks last season, Nkemdiche also registered 26 pressures and 13 knockdowns, according to STATS. He did, however, only play 55% of the defensive snaps last season in the 11 games that he saw action in.

In short, I just can’t see the Steelers using their first round pick on Nkemdiche in this year’s draft should he fall to them.