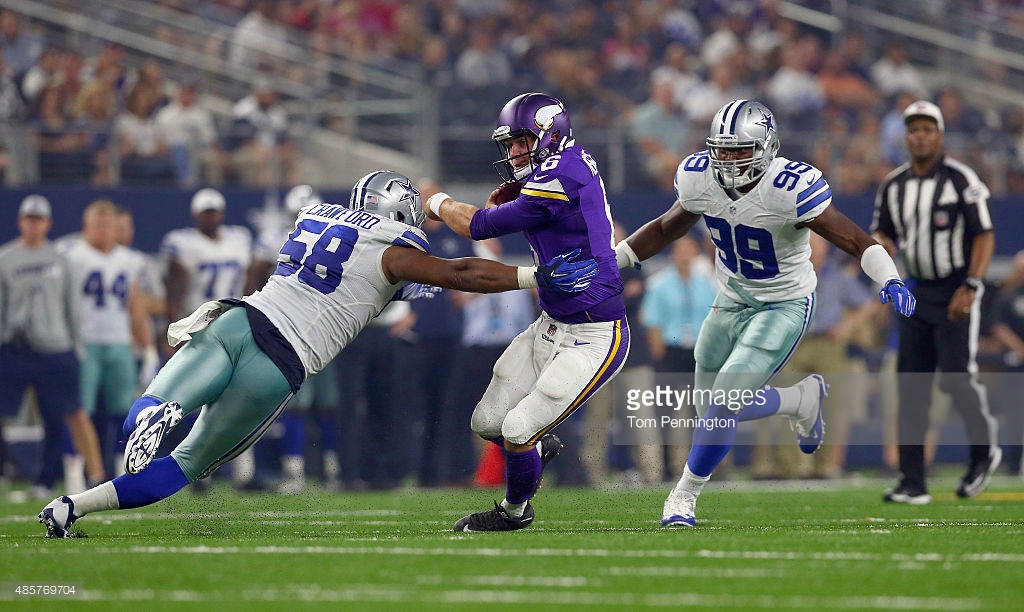 The Pittsburgh Steelers are continuing their search for defensive line depth, bringing in Jack Crawford for a visit, per Adam Caplan.

With depth on DL a bit of an issue, #Steelers have scheduled DE Jack Crawford for a visit this week.

Just like Stefen Wisniewski, Crawford is a Penn State alumni. Drafted by the Oakland Raiders in the 5th round of the 2012 draft, Crawford measured in at 6’5, 274 with 33 1/2 inch arms at the Combine. He’s spent the last two seasons in Dallas and is coming off his most productive season, racking up four sacks as a rotational lineman with the Cowboys in 2015. He finished last year with 488 defensive snaps.

His profile is very similar to Jason Jones, undersized 3-4 ends but with length and productive seasons. Crawford will turn 28 in September.

Jones, if you missed it, visited with Crawford’s Cowboys, and may be out of the running for Pittsburgh.

The need to add depth along the defensive line hasn’t been a secret here, and something we’ve written about more times than there are stars in the sky. Cam Heyward and Stephon Tuitt are rock stars, but each played nearly 90% of the time in 2015, including playoffs, and being able to give them a breather is crucial. Because much like rockstars, Steelers’ fans are hoping those two can live past 27.

We’ll update you if Crawford signs. The exact day of his visit is not known.