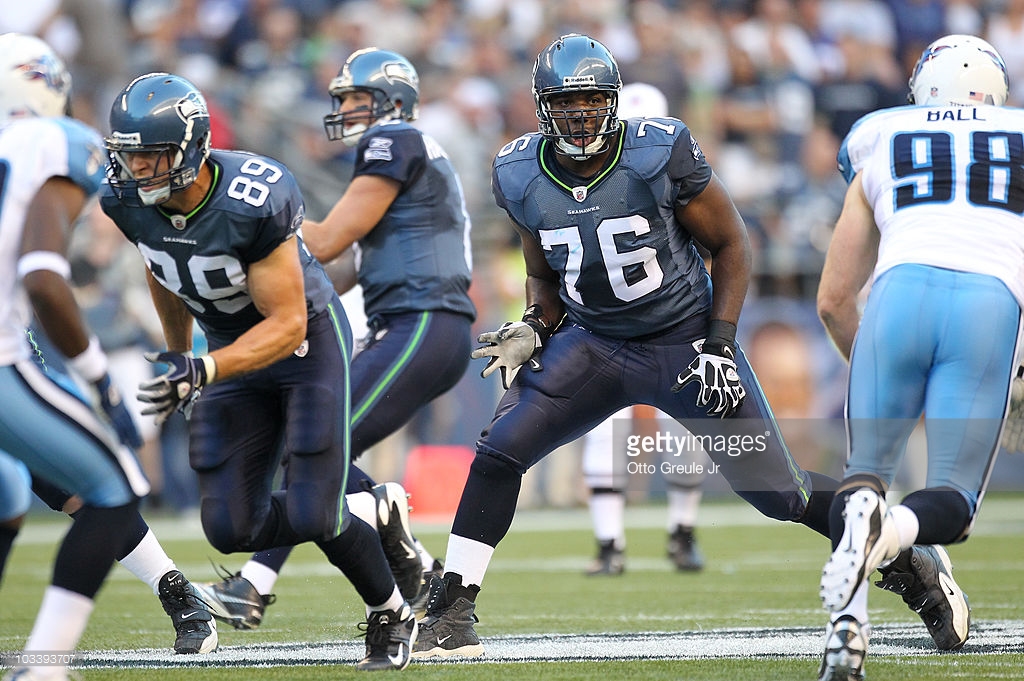 The Pittsburgh Steelers brought Seattle Seahawks free agent tackle Russell Okung in for a visit over the weekend and several reports indicated that they went as far as to make him an offer. The contact with Okung, however, hasn’t stopped there as Jason La Canfora of CBS Sports reported Monday morning that the veteran tackle will now meet with Steelers offensive line coach Mike Munchak as well.

Munchak was apparently in Houston over the weekend so perhaps Okung spent the night in Pittsburgh in order to talk with the Steelers offensive line coach on Monday. La Canfora goes on to report that Okung currently has offers on the table from the Detroit Lions and New York Giants in addition to the one from the Steelers. The Seahawks could also still be in play.

Russell Okung has offers on table from Lions, Steelers and Giants. Talking to PIT OL coach Mike Munchak today. No other visits for now

The Steelers really are giving the appearance that they expect to lose free agent tackle Kelvin Beachum to another team and thus are serious about potentially signing a free agent replacement should that ultimately happen.

One would think that Okung will make a decision as to where he’ll play in 2016 very soon and the same could go for Beachum, who is reportedly visiting with the Jacksonville Jaguars on Monday.