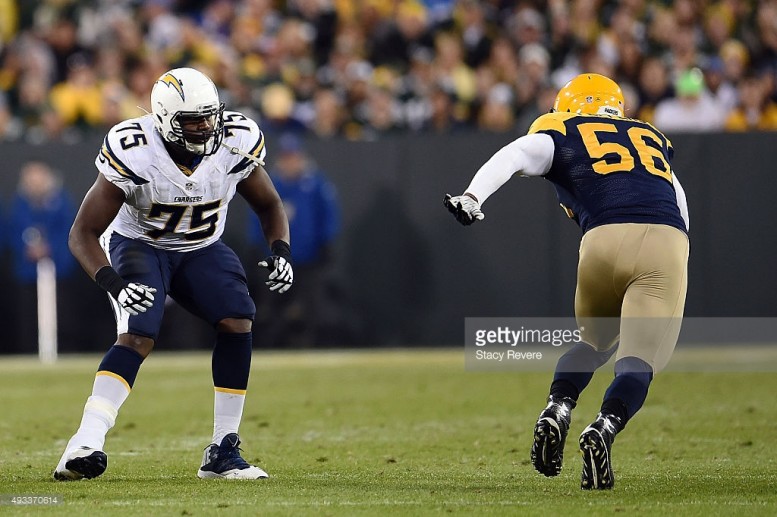 The Pittsburgh Steelers are looking long and hard at free agent tackles being as they stand to lose Kelvin Beachum to another team in the coming weeks and days and according to Adam Schefter of ESPN, veteran Chris Hairston is yet another player who the team will bring to town for a visit.

Hairston, who was originally drafted by the Buffalo Bills in the fourth round of the 2011 NFL Draft out of Clemson, started 11 games last year for the Chargers and even played some guard in addition to tackle. He has started 26 games so far during his career.

Hairston missed all of the 2013 season as a member of the Bills with a lower body injury that resulted in him being placed on the Reserve/Non-Football Illness list.

With Beachum currently making his free agent rounds, the Steelers have decided to parade in several tackles as in addition to bringing in Hairston, Russell Okung and Ryan Harris are also reportedly scheduled for free agent visits.

If given a choice, the Steelers would like to re-sign Beachum and one has to wonder if them easily letting word out that these three tackles are scheduled for visits is some sort of negotiation tactic to gain leverage with their own free agent tackle. One would think that Beachum will be making a decision soon as there are only so many teams looking for a starting left tackle in free agency.