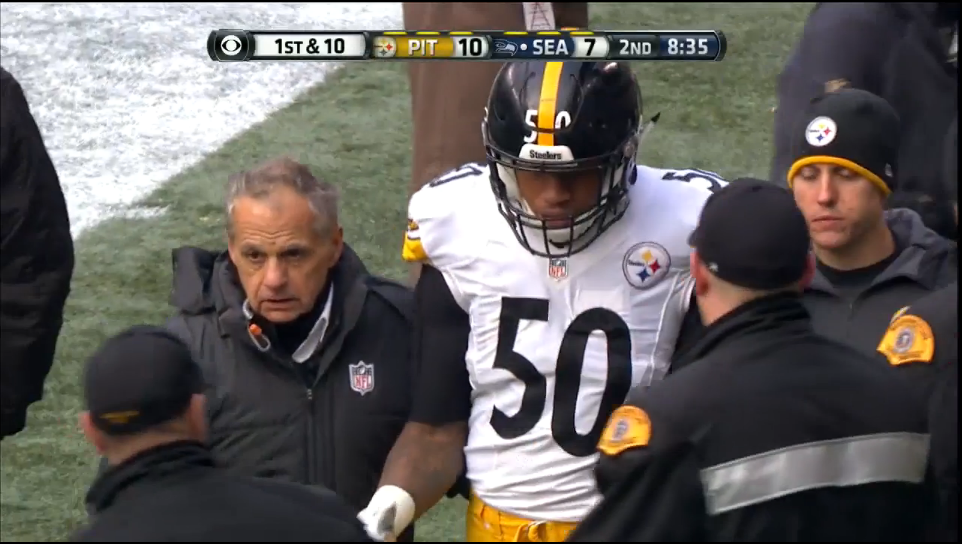 Question: Will Ryan Shazier stay healthy in 2016? Is he injury-prone?

Since his rookie season just two short years ago, former first-round draft pick Ryan Shazier has only taken part in 21 of 32 possible games, logging only 17 starts. All of the games that he has missed, and the starts that he has failed to log, can be traced back, more or less, solely to the fact that he has gotten injured a number of times in that relatively short period of time.

That begs the question as to whether or not the trend will continue to follow him along the trajectory of his career. Admittedly, the majority of the time missed—seven games and 11 starts—can be traced back to his rookie season, but he still missed four games due to a shoulder injury last season. He also missed the majority of another game due to an injury while participating on special teams.

The concern here is whether or not there is something about the way that he plays the game that, not necessarily makes him “injury-prone”, but rather increases the likelihood of sustaining an injury, and I don’t know that that is not the case.

Following his rookie season, for instance, Jerry Olsavsky commented that Shazier needed to work on keeping his feet clean around traffic, or in other words to be more conscious of his surroundings, which can lead to getting rolled up on. Especially for a player that plays with his speed and occasional recklessness, that can indeed expose him to added risks.

It is also true that he is not the cleanest of form tacklers, and often leads with his shoulder in such a way that could expose him to injury. That is at least partly attributable to his shoulder injury that he sustained last season while making a tackle in the second game of the season.

Given that he is not a particularly big player himself, and plays with a great deal of speed, there could certainly be some truth to the reality that Shazier stands a greater risk of sustaining injuries than other similar players in his situation. Bucking the trend by staying healthy will do much to shed the perception that he is injury-prone. His partner, Lawrence Timmons, shed similar concerns early in his player career and has not missed a game since 2009.