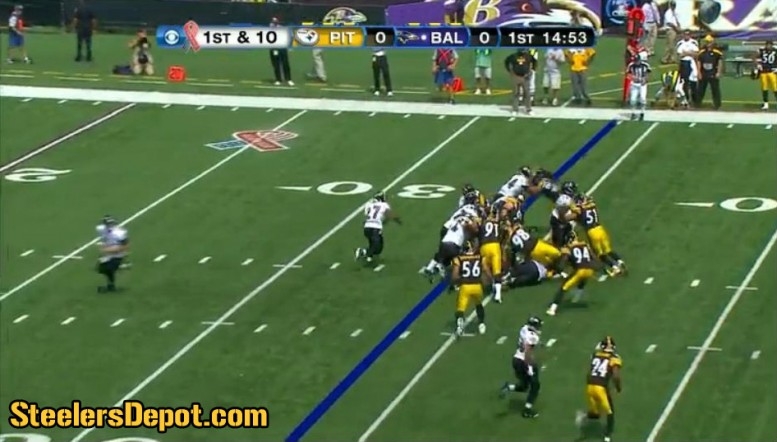 As of Tuesday, chop blocks are no longer legal in the NFL as team owners voted and passed that rule change along with six other proposals put forth by the leagues Competition Committee.

Earlier in the week, Pittsburgh Steelers general manager Kevin Colbert voiced his opinion on chop blocks and how it was in his hope that the league’s owners would vote to do away with them once and for all.

“We’ve been advocating that for over 10 years,” said Colbert. “I think finally enough people realize it shouldn’t be part of football. We’ve always argued that a defender can’t protect himself. I think hopefully enough teams recognize that now and we can get that changed.”

While the league has slowly modified what constituted a legal chop block over the years, it still wasn’t enough from a safety standpoint and being as offenses already have several other advantages defenses, it’s good to see that have now completed eliminated this dangerous technique altogether.

While chop blocks are no longer legal, cut blocks are currently still allowed and it will be interesting to see if that technique is ultimately eliminated in the future as the league continues to attempt to make the game safer.

Doing away with the chop block is a big win for defensive linemen around the league as they should no longer have to worry about having their legs or knee taken out from underneath them when engaged with an offensive player. Such a technique was used quite a bit by offenses on outside zone runs.

Rule changes that were passed on Tuesday by the league owners:

Rules that have passed include:

Rules that have passed include:

Rule: Permanently moves the line of scrimmage for Try kicks to the defensive team’s 15-yard line, and allows the defense to return any missed Try.

Rule: Permits the offensive and defensive play callers on the coaching staffs to use the coach-to-player communication system regardless of whether they are on the field or in the coaches’ booth.

Rule: Expands the horse collar rule to include when a defender grabs the jersey at the name plate or above and pulls a runner toward the ground.

Rule: Makes it a foul for delay of game when a team attempts to call a timeout when it is not permitted to do so.

Rule: Eliminates the five-yard penalty for an eligible receiver illegally touching a forward pass after being out of bounds and re-establishing himself inbounds, and makes it a loss of down.

Rule: Eliminates multiple spots of enforcement for a double foul after a change of possession.