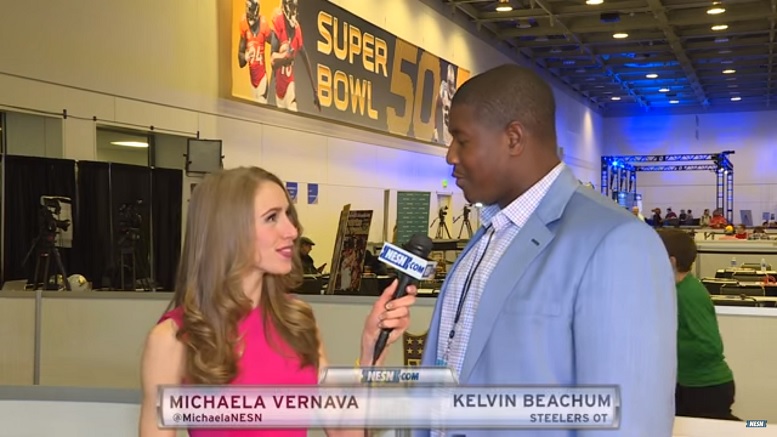 Now that the contract that tackle Kelvin Beachum signed last week with the Jacksonville Jaguars has been filed with the NFLPA, we’re now learning more about the specific breakdown of it.

As you can see in the recent tweets by Aaron Wilson of the Houston Chronicle, Beachum’s contract is indeed a one-year deal with a four-year option. Judging by Wilson’s series of tweets, Beachum will earn a base salary of $2.5 million in 2016 in addition to a fully guaranteed $1.5 roster bonus on the 10th day of the new league year which has now already passed. Additionally, it looks like Beachum can earn up to another $1 million in active game-day roster bonuses in 2016. In other words, if Beachum dresses for all 16 regular-season games in 2016 he will earn a total of $5 million in his first year with the Jaguars.

Beachum is also reportedly due a $5 million option bonus by the 22nd day prior to the start of the 2017 league year. If that option is picked up by the Jaguars by that deadline, it will more than likely be treated as a signing bonus and thus prorated over the four remaining years of the contract. Should, however, the Jaguars decide not to pick up that four-year option by that date, Beachum will be an unrestricted free agent again next offseason.

Beachum’s salaries for the 2017-2020 option years are reportedly scheduled to be $7.5 million, $8.5 million, $9 million and $10 million respectively. The report also indicates that the Jaguars did not give Beachum a signing bonus this year and that’s understandable being as it is essentially a one-year deal.

Using these reported numbers, I have laid out Beachum’s new contract with the Jaguars below and took it upon myself to prorate his $5 million option bonus for the final four years. I must note, however, that a report by Adam Schefter of ESPN a few days ago indicated that Beachum will earn $4.5 million in his first year with the Jaguars and that he he can earn up to $6 million if he reaches his incentives. However, as far as I can tell, Wilson’s report has Beachum only earning a possible $5 million in 2016, if I am indeed reading his numbers correctly.

As far as Beachum’s first year cap charge goes, I’m not entirely sure how the potential $1 million in active game-day roster bonuses will be treated in 2016. In other words, the Jaguars might be charged $375,000 of that possible $1 million amount in 2016 being as Beachum did dress for six games last season with the Pittsburgh Steelers before missing the remainder of the year with a left knee injury. A charge such as that would result in $625,000 being a NLTBE (not likely to be earned) incentive. Because of my uncertainty when it comes to how that incentive will be treated, I am not including any of that amount in his first-year cap charge.

Assuming these numbers are being reported and read correctly, Beachum can potentially earn $10 million by this same time next year and up to $17.5 million through the end of the 2017 season.