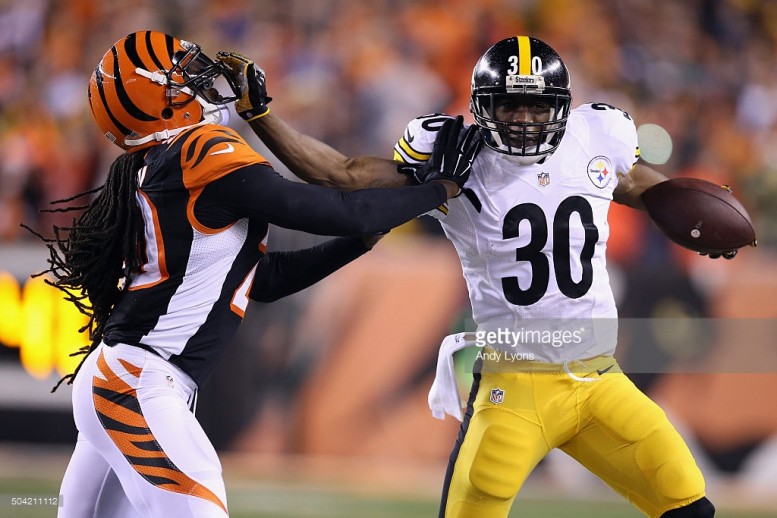 The Pittsburgh Steelers have now lost yet another one of their unrestricted free agents to another team as running back Jordan Todman has signed with the Indianapolis Colts. No details are currently known about the length of the contract that Todman signed with the Colts in addition to the total value.

We have agreed to terms with unrestricted free agent running back Jordan Todman. https://t.co/nNEK76R2VX

Todman, who was signed by the Steelers just prior to the start of the 2015 regular-season following him being cut by the Carolina Panthers, rushed for 22 yards on 4 carries in the team’s first 16 games. In the Steelers two playoff games, however, Todman rushed for 97 yards on 29 carries as he and fellow backup running back Fitzgerald Toussaint filled in for injured starter DeAngelo Williams.

Todman earned $745,000 in his one season with the Steelers. He was originally drafted by the San Diego Chargers in the sixth round of the 2011 NFL Draft out of Connecticut and has since played for the Minnesota Vikings, Jacksonville Jaguars and Panthers in addition to the Steelers.

Todman is now the Steelers sixth unrestricted free agent player to sign with another team so far this offseason as tackle Kelvin Beachum, nose tackle Steve McLendon, linebacker Sean Spence, linebacker Terence Garvin and cornerback Antwon Blake have all signed contracts with various NFL teams over the course of the last several days.