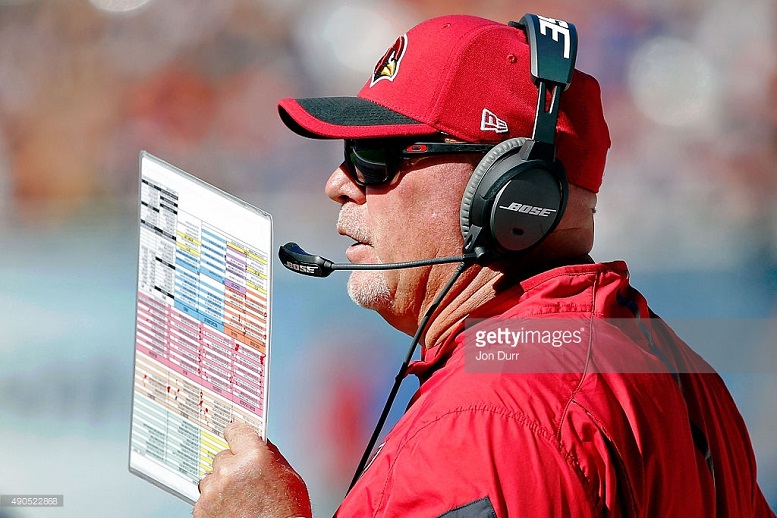 To say that Arizona Cardinals head coach Bruce Arians is still a little bit bitter about how is tenure with the Pittsburgh Steelers ended several years ago is probably a bit of an understatement as he continues to make small digs at the franchise he spent time with as their offensive coordinator.

During Wednesday’s annual NFC coaches’ breakfast at the league meetings in Boca Raton, Florida, Arians said it’s good to see the Steelers offensive coaching staff finally being allowed to open things up “without getting fired” for doing so, according to Jeremy Fowler of ESPN.com.

Arians wound up being named the 2012 AP Coach of the Year after taking over as the Colts interim head coach after Chuck Pagano was forced to take a leave of absence due to leukemia. That following offseason, Arians was hired to be the Cardinals new head coach and he has since gone on to win 34 regular-season games over the course of the last three years with two playoff appearances.

While Arians still enjoys taking small shots at the Steelers franchise, he stressed Thursday that he still has great respect for the Rooneys and feels lucky that he had the opportunity to coach in Pittsburgh.

“I’m the most thankful guy in the world,” Arians said, according to Peter King. “If I don’t get fired, all this would never happened.”

The Steelers beat Arians’ Cardinals last season in Pittsburgh in game that starting quarterback Ben Roethlisberger missed due to a left knee injury.