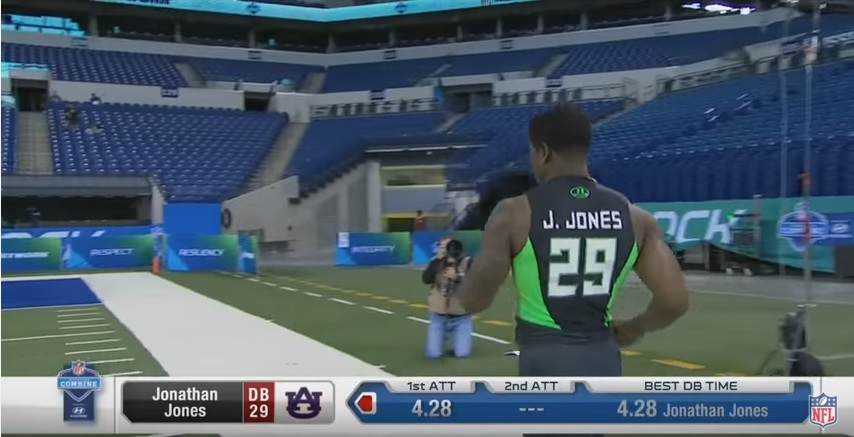 In the last two days, we’ve learned of two corners who will be making a trip to Pittsburgh. Yesterday, it was the small school Ryan Smith. We’re on the opposite end of the spectrum today with Auburn’s Jonathan Jones. The news was first reported by Aaron Wilson.

We’ve talked about Jones a ton on here. He drew rave reviews at the Senior Bowl. He’s battle tested against SEC competition and showed his ballhawking skills in 2014, picking off six passes before teams shied away from him last season.

Obviously, Pittsburgh has had little issue drafting and playing small cornerbacks. Senquez Golson was the team’s second round pick, Antwon Blake started for most of the year, and Brandon Boykin was traded for in camp to replace Golson. All three stood under 5’10.

If the team can grab Jones in the third round, they’ll get fantastic value. He is now the third cornerback the team has reportedly decided to bring in for a visit – Smith and Tavon Young are the other two.