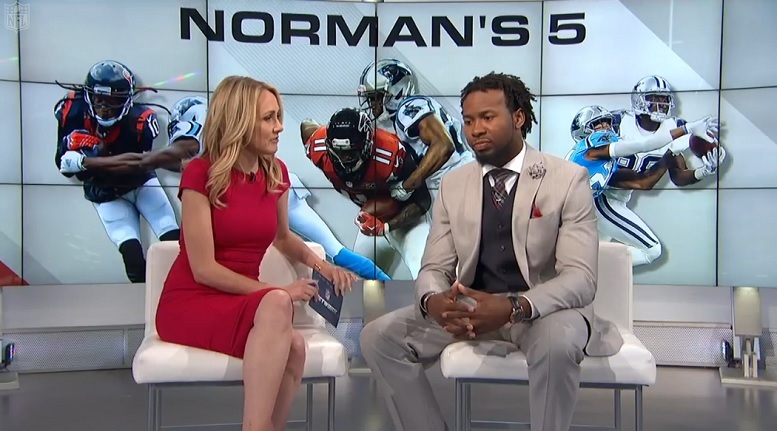 Carolina Panthers cornerback Josh Norman is currently one of the best in the league at his position and in a recent interview on NFL Total Access, the former fifth-round draft pick out of Coastal Carolina was asked to name his top 5 wide receivers.

When running down his list, which Norman made sure to disclaimer was not in any particular order, he unsurprisingly included Pittsburgh Steelers wide receiver Antonio Brown.

What’s interesting about Norman including Brown, outside of the obvious reasons, is the fact that the two really have yet to face-off against one another. I mean, Norman did cover Brown late in the Steelers 2014 win over the Panthers (11 plays), but no passes were thrown in the direction of those two players. Besides, Brown had already done his damage earlier in the game to the tune of 10 catches for 90 yards and 2 touchdowns.

Barring the Steelers playing the Panthers in the next two Super Bowls, we’ll likely have to wait until the 2018 season to see Brown and Norman square-off, as that’s the next time Pittsburgh will play Carolina during the regular season. Both players will be 30 years of age when that game takes place.

As you would probably expect him to, Norman left Odell Beckham Jr. off of his list completely.