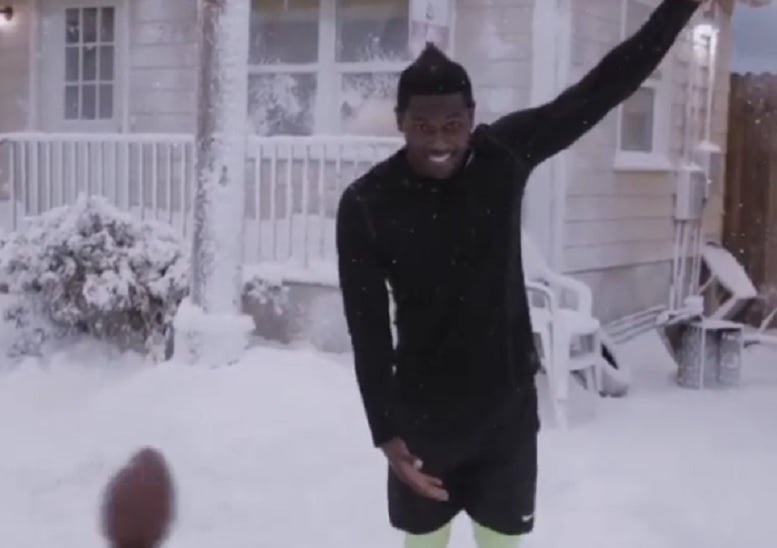 Though you won’t be able to see him leap onto a goalpost for another six months, you’ll get the chance to see Antonio Brown do the waltz this spring.

The Pittsburgh Steelers’ wide receiver is slated to appear on this season of Dancing With the Stars, according to a tweet sent out by NFL Network’s Ian Rapoport.

Source: #Steelers WR Antonio Brown will appear on this season of "Dancing with the Stars." He'll join Von Miller, on @DancingABC #DWTS

Brown’s appearance has been rumored for the last week. He’ll join the Denver Broncos’ Von Miller on the show. Other known dancers include: Ginger Zee, Jodie Sweetin, and Mischa Barton. If you know who those people are, good for you, because I do not.

The show is no stranger to football players. Emmitt Smith, Jerry Rice, and Hines Ward have all competed with Ward winning in 2011. Each celebrity is paired with a professional dancer – Ward won with Kym Johnson.

The official cast will be revealed on March 8th on Good Morning America on ABC. Dancing With the Stars will debut on Monday March 21st at 8 PM/EST.