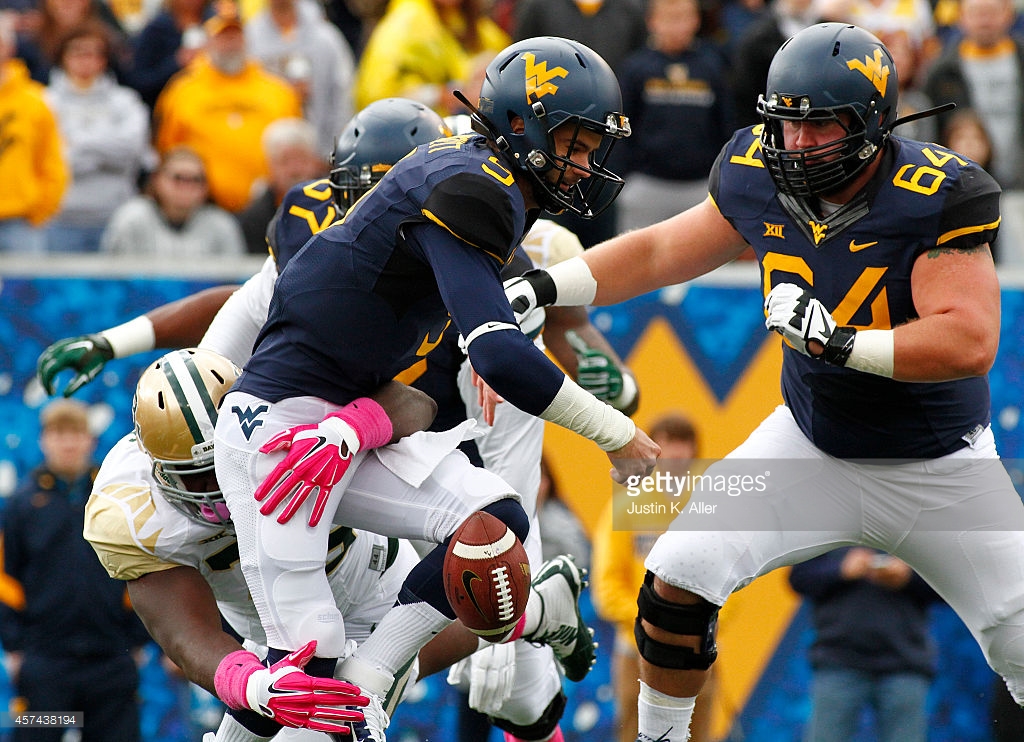 Before free agency muddies this all up, I wanted to toss out another mock draft. This one is signicantly different than the last one. Which is good. It’s fun to mix things up, take different paths, and throw in some new names, especially towards the end. Nothing more boring than a recycled mock time and time again.

If you’re interested in comparing, here is the first mock I conducted.

Feel free to add your input and your mock draft in the comments. Hope we can get a good discussion going. On Tuesday, I’ll post my entire offseason mock, where I put my GM hat on and take it way too seriously. It’ll be like last year’s version, one of my favorite articles to write.

So let’s kick off this mock.

This one might surprise you, and it surprises me a little bit, too. But don’t view Billings as just a nose tackle. He’s more than a run plugger. He moves incredibly well for his frame and just watching him in drills showed how much of an easy-mover he was.

He got after the QB this season, despite dealing with an ankle sprain that hindered him, tallying 5.5 sacks to go along with 15.5 TFL. He is capable of staying on the field on third downs and will be able to rotate into the team’s sub-package as a one tech. The days of five techs are winding down. It’ll also help beef the nickel run defense, a common gripe among fans throughout the year, and a difficult problem to solve unless you just have flat-out great talent.

The Steelers often draft underclassmen. Billings declared a year early and turned 21 over the weekend. He’s from a Power 5 school, a place the team nearly exclusively picks from.

Again, we’re not looking to replace Cam Heyward or Stephon Tuitt, but a third player could see up to 40% of the defense’s snaps and still give Heyward/Tuitt 80% of the time. In theory, that’s ideal for everyone involved.

And though he might not see a ton of time at nose tackle, maybe in two years when he’s grown mentally, he can replace Steve McLendon, who is already 30.

Mike Tomlin said he would spell his big guys up front if he had the players to do it. The Steelers finally get someone who can.

For those who are even faintly familiar with the team, the long-term prospects at edge rushers aren’t great. Even if James Harrison returns, he’ll be in his final year and Arthur Moats frankly might not be that far behind (remember how little he played the last quarter of the 2014 season?).

This EDGE class is mild, though maybe not as terrible as we initially thought, and Calhoun would be great value here in the second. He looked the most natural of anyone dropping into coverage during the Combine drills.

Though his slow 40 time could call people to compare him to Jarvis Jones, Calhoun’s agility drills were remarkably better than Jones, a critical difference. He was productive too, with 15.5 TFL and 10.5 sacks in 2015.

If Harrison doesn’t return, and the team will know before the draft, edge is an obvious need. Even if he does, and the room is more crowded, taking one a year ahead is better than waiting a year too late. Position is just too critical.

The only player to appear in both of my mocks. The more I watched, the bigger fan I became. He’s undersized but he has hops, showing off a 36 inch vertical and a blazing, position best, 4.33 40 for the former track star. He’s competitive, twitchy, and willing to support the run. Battle tested in the SEC, he is basically a Steelers’ prospect built from the ground-up.

Have to think that unless there are red flags in the medical (he has dealt with injuries) or the interview, this will be a player they will be highly interested in, especially if Antwon Blake isn’t brought back.

Powell was a player I highlighted the other day and came away generally impressed with him. Knowing he is a big hitting Buckeye, the Steelers have to basically be drawn to him. I’m addressing the safety position later than what might be ideal but with a strong free agency market, hopefully the position is also addressed in free agency, lessening the obligation.

He’s an ideal fit at the position to develop for a year under Carnell Lake.

Leapfrogging to the seventh round is the worst part of this. Thuney is your typical swingman who still holds a lot of value in Pittsburgh. His size and length most likely kick him inside to guard in the NFL but for a team that just got doe starting Kelvin Beachum, you can’t rule it out for Thuney, who played left tackle this season.

He has experience at center and both guard spots and was one of the best lineman to come out of NC State in years. Thuney also turned heads with a 4.95 40, the second best mark of offensive linemen, and top ten marks in the short shuttle and three cone.

Ugh. I hate doing this. If you know me, you know I am totally against taking a quarterback outside of the first two rounds. But it seems stupid not to considering the interest the team has shown interest in quarterbacks already. They seem to be targeting mobile players and though it would be easy to put Vernon Adams here, I’m having a little fun with this pick. Williams has a little Slash to him, in projection at least, with some thinking he’ll wind up playing wide receiver. Similar story to Tyler Murphy.

But Williams statistically did well at quartrback, completing over 61% of his throws the last two seasons, throwing for 45 touchdowns, and rushing for another 26 scores over the same timeline. My lone pick who didn’t attend the Combine, right about in line with what the Steelers traditionally do, but a flier that makes sense given the direction the team seems to be going in.

Again, I don’t agree with it. But definitely could happen.

This one makes me happy. Pittsburgh values blocking tight ends and those are far and few in college football. But Morgan is that type of player. He may have turned a slow 40 time but looked natural catching the ball in drills and a little more explosive than I anticipated. He fits in with Rob Blanchflower and David Johnson as 7th round, small-school tight ends. A guy who can make the roster right away as the #3 TE.

I feel good leaving this mock, as I should, even if I need mouthwash to get the taste of taking a QB out of my mouth. If the team can be aggressive in free agency at safety, and there is a big group to target, this defense will be given the facelift it needs.

A new 3rd defensive  linemen with big-time potential. An edge player who is already developed and could make an impact this year and definitely in 2017 when the team will certainly need him. A cornerback who fits the ideals. And then some fun offensive fliers in the later rounds, though I wish I would’ve taken a more bonafide offensive tackle.