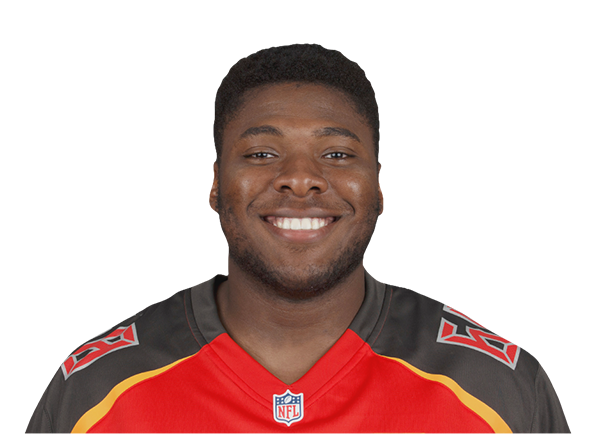 Originally signed as an undrafted free agent defensive tackle in the Buccaneers’ 4-3 front in 2015, the 6’5”, 2985-pound Caushaud Lyons was a small-school late bloomer with a productive senior season in which he totaled nine sacks, 19 tackles for loss, two passes defensed, and a forced fumble.

Lyons got a decent amount of work in Tampa Bay during the preseason, but did not manage to stick onto the 53-man roster. The Steelers, and perhaps defensive line coach John Mitchell in particular, however, must have really seen something that they liked in him, as they claimed him off waivers after the final roster cuts, which, in conjunction with another signing, led to the corresponding releases od Doran Grant and Anthony Chickillo, two draft picks who made the initial 53-man roster.

The Steelers were in clear need of defensive line depth, of course, that much was a given long before, and the team only addressed the line during the offseason with a sixth-round draft pick, who, by the way, did make the 53-man roster as the sixth defensive lineman.

That lineman, who I highlighted yesterday, was inactive for 10 of the Steelers’ 16 regular season game, active only in the six games in which the Steelers were down a lineman due to injury. That means that Lyons was the team’s seventh lineman, doomed to be perpetually inactive, which made it odd that they would sign him to the 53-man roster.

He spent three weeks on the Steelers’ 53-man roster, and yet was released after an injury to the line occurred, which seemed a bit odd to me at the time. Why keep him on the roster at all if you’re going to release him when depth is an even bigger, albeit temporary, issue?

Be that as it may, Pittsburgh did release him after the third week, and correspondingly promoted Chickillo to the 53-man roster, subsequently signing Lyons to the practice squad, where he safely remained for the rest of the season.

While the odds are not exactly in his favor to succeed in the future, he is a bit of an intriguing figure, as he is a player we didn’t see in camp, yet drew enough interest to make the 53-man roster initially. He is an athletic big man, which is something the Steelers covet, so I will be watching him in the preseason.