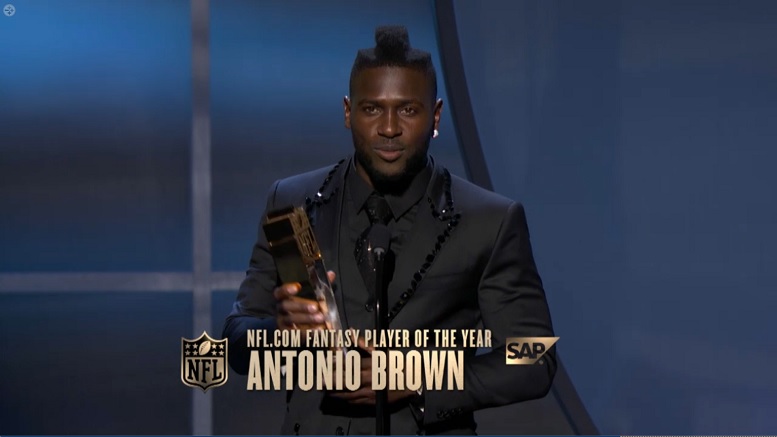 Did you have Pittsburgh Steelers wide receiver Antonio Brown on any of your fantasy leagues this past season? If so, you likely won quite a few games and especially if you received a point for every reception that he had.

Thanks to his tremendous 2015 season, Brown was named the NFL.com Fantasy Player of the Year during Saturday night’s NFL Honors award show.

“I first want to thank my family, God and I got to thank myself,” Brown said after accepting the award. And to the Steelers organization and to the fans, and to everyone who voted for me, thank you.”

While Brown didn’t receive any votes for the 2015 Associated Press MVP award, he did receive 10 of a possible 50 votes for the Offensive Player of the Year award. Brown, however, was easily beaten out by Carolina Panthers quarterback Cam Newton (18 votes), who also won the league MVP award after receiving 48 of the possible 50 votes.