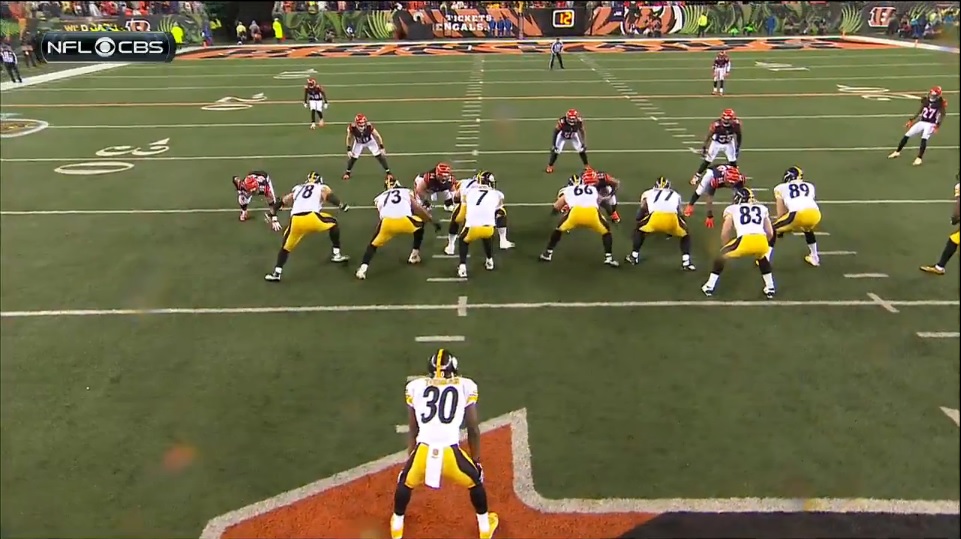 When it comes to the 2016 season and etching out a 53-man roster, we are certainly still a long way off before anything remotely close to a clear picture can begin to materialize. That much goes without saying. The Pittsburgh Steelers still have to go through the free agency process of signing and losing players, going through the draft, scanning the waiver wire, and perhaps even making a trade or two before they can begin settling on a best 53-man plan.

But one thing that the Steelers will no doubt be weighing when they do end up getting to that point is something that, barring something unforeseen, will be as true today as in early September. That is, running back DeAngelo Williams will be 33 years old when the regular season starts.

He will also be coming off of one of his most trying seasons of his career, including both 240 touches, the third-most of his career, in addition to a foot injury that kept him out of two playoff games. While that may not be a factor in 2016, the future beyond that is very much in question.

Will Williams be on the Steelers’ 2017 roster at 34 years old and not under contract? If not, then Pittsburgh is likely to weigh more heavily the possibility of carrying four running backs—which is something that they did, sort of, for much of the 2015 season.

The question seems particularly relevant early in the offseason given the pending free agency status of Jordan Todman, a four-year veteran running back, whom the Steelers claimed off waivers after the final roster cuts in order to serve as Williams’ backup during Le’Veon Bell’s suspension. He resumed his role as backup after Bell’s knee injury.

Of course, as we all know, things changed when the Steelers promoted Fitzgerald Toussaint from the practice squad and in time flip-flopped the roles of those two backs, leading Toussaint to start the two postseason games with Williams out.

It is worth noting that Todman has not played for above minimum wage in his four seasons. First serving with the Jaguars, Jacksonville turned down the opportunity to re-sign him to a restricted free agent tender, and the Panthers picked him up on a veteran-minimum deal.

Despite playing well in the preseason, Todman didn’t make the final cut in a deep backfield, which resulted in the Steelers picking him up. And though he didn’t become a significant contributor in Pittsburgh, that should not bar them from future interest.

Given his previous track record, he shouldn’t figure to account for anything more than a veteran-minimum contract to retain. And it is worth keeping in mind that he was picked up after the final roster cuts, so if the team believes that he can be more productive with a full offseason, then that would only be to his benefit.

Even if Toussaint proves to be the Steelers’ third option in the backfield, that should not automatically render Todman irrelevant if they see him as a potential future contributor after Williams’ days are over. It could simply come down to the coaching staff’s evaluation of his abilities—even if his demotion doesn’t necessarily inspire confidence.