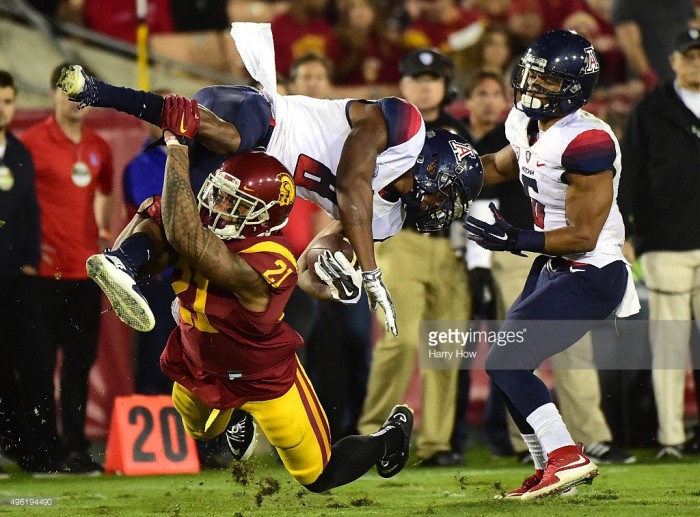 The 2016 NFL Scouting Combine may have wrapped up on Monday, but we are still getting some reports on a few players who met with the Pittsburgh Steelers while in Indianapolis.

According to the agent of USC LB Su’a Cravens, the Steelers were one of 22 teams who met with his client.

Cravens, who reportedly measured in at 6000, 226-pounds while in Indianapolis, worked out with the linebackers on Sunday. He mostly played in the box and out on the edge during his last few seasons at USC after mostly playing safety early in his college career.

It will be interesting to see how a lot of teams view Cravens during the draft process as several analyst already are trying to compare him to Deone Bucannon of the Arizona Cardinals.

“I did about 20 informal interviews [Thursday],” Cravens said, according to Gary Klein of the Los Angels Times. “It was half linebacker, half safety. They see the versatility and I guess it all just depends what the team wants. I’m going to play wherever they put me.”