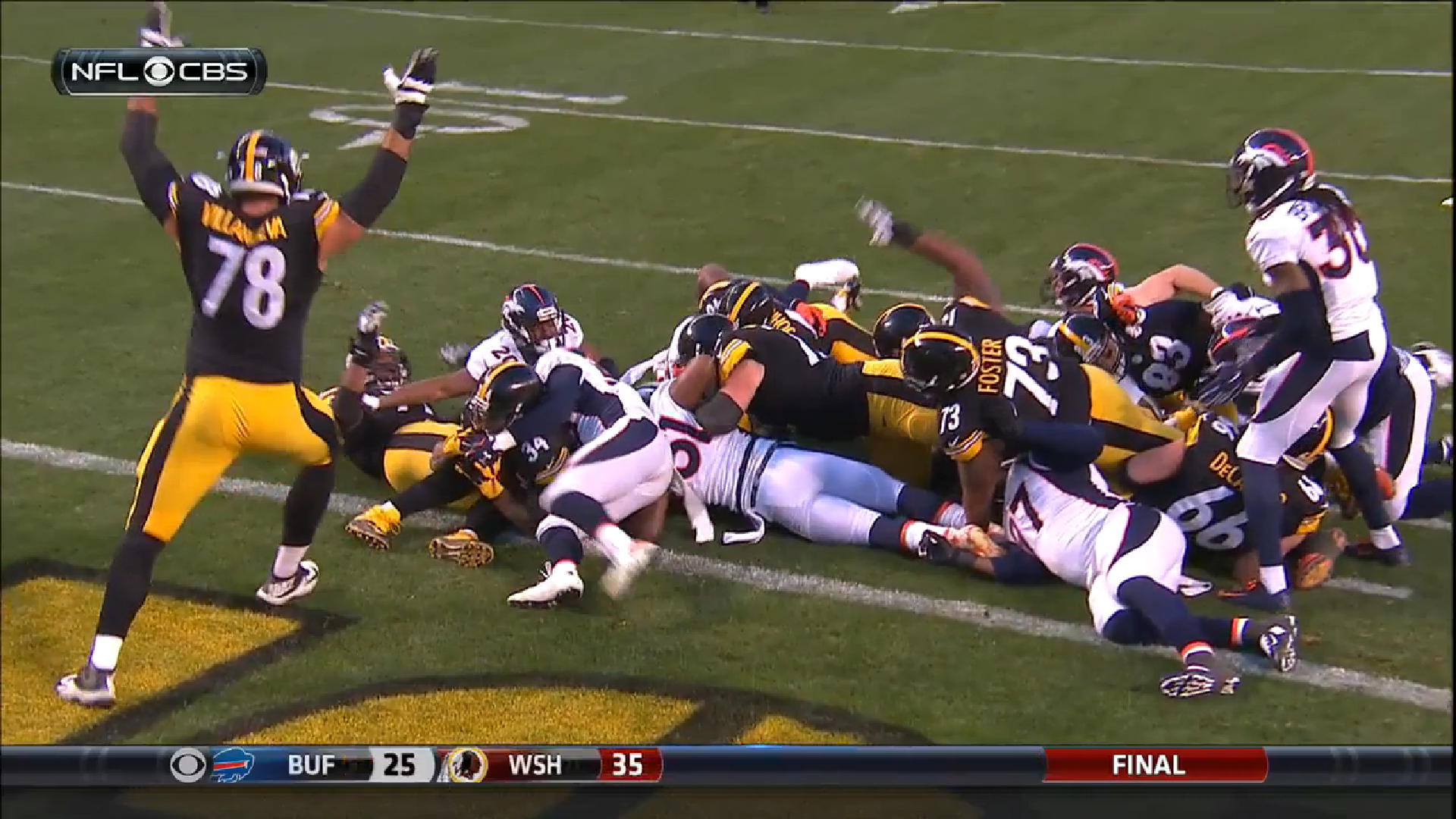 As we continue to decompress following the conclusion of the Pittsburgh Steelers’ 2015 season, there is still plenty of material for us to go throw as we reflect and take stock of what we witnessed on the field last year, and it is a process that will carry out through much of the offseason.

We have previously looked at how the Steelers used their different offensive formations, for example, and how the team performed on third-and-short situations, and, most recently, broke down the impact of a fullback to the team’s running game.

Today, we will be taking a look at the Steelers’ short-yardage and goal-line running game as a whole, which, at a distance, appeared to be largely successful over the course of the season, but it is best to let the numbers make that declaration rather than relying merely on the ‘eye’ test.

Over the course of the regular season, the Steelers faced 61 situations in which they had three yards or fewer to gain a first down, regardless of what down it was or where the ball was on the field. On those plays, the Steelers gained a total of 119 yards, which worked out to at 1.95 yards per play.

That might sound like a low figure, but on those 61 plays, the team only needed an average of 1.44 yards to gain a first down, so seeking clarity in terms of run success simply by looking at the yards per carry figure in short-yardage situations is a mistake. That they were able to average over half a yard better than what they needed is a positive sign of the overall success rate, however.

In their 61 short-yardage situations this season, as defined by needing three yards or fewer to achieve a first down or a touchdown, the Steelers were successful in converting on 39 of their opportunities. That translates to a success rate of 64 percent, which is just under two-thirds of the time, and is in my estimation a strong figure, especially when taking into consideration that about a third of these plays came on third or fourth down, meaning that they still had another opportunity.

The Steelers were also able to produce 14 of their 16 rushing touchdowns on short-yardage and goal line plays, with the longest of the group coming on a six-yard run from DeAngelo Williams on third and short on the six-yard line.

Interestingly, 25 of these short-yardage snaps were run out of the 11 personnel, while 19 came with a fullback on the field. The remaining 26 snaps came from either 12 or 13 looks, including tackle-eligibles, showing that the Steelers were quite flexible in their run looks, even if the one specific most frequently used package remained the three-receiver set.

Interestingly, they were least successful running out of multiple-tight end sets sans a fullback, converting only nine of 17 opportunities, or about 53 percent. The fullback was only a modest improvement, converting 11 of 19 opportunities for a rate of roughly 58 percent. The Steelers converted 19 of 25 opportunities with three wide receivers on the field, a staggering 76 percent success rate, showing what the fear of an elite quarterback can do for the ground game.