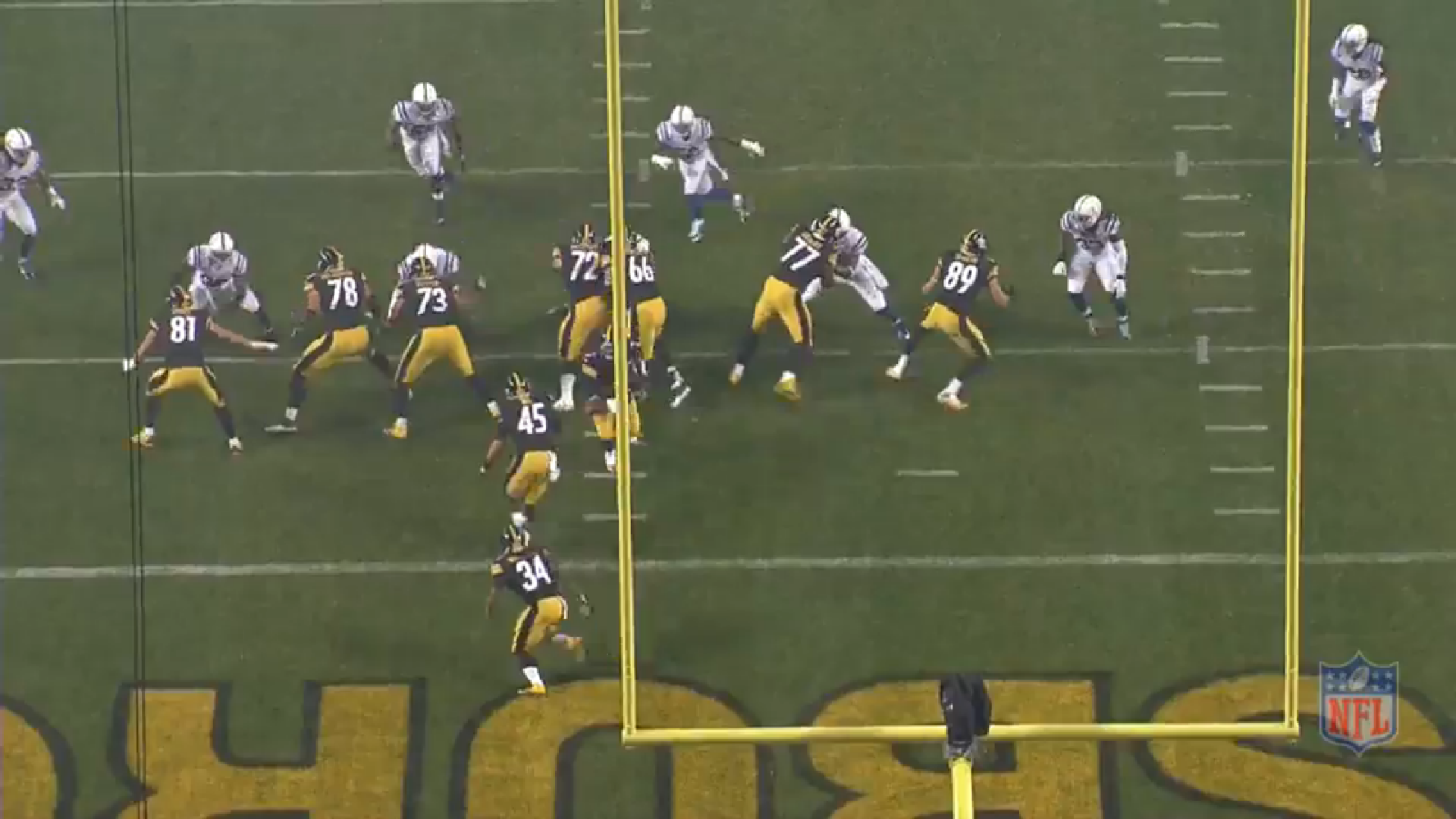 As the offseason continues, we continue to look back and dissect the numbers behind the Pittsburgh Steelers’s 2015 season, currently focusing on the offensive side of the ball. Continuing with a look at the personnel packages that the Steelers have used, we have already taken a look at their predominant package, the 11 personnel, as well as the more wide-receiver heavy side of the fullback packages, the 20 and 21 sets.

Today, we look at the 22 and 23 personnel sets, which emphasize a greater presence of tight ends, which naturally lend themselves more to running the ball. The 22 personnel package contains a running back and fullback in addition to two tight ends and just one wide receiver, while the 23 takes the wide receivers off the field altogether, using three tight ends, or tight end-like bodies.

As a matter of fact, the Steelers ran in heavy personnel with a fullback on the field significantly more than they did with more mixed personnel with at least two wide receivers. Of course, the usage of the 23 was very limited, but the 22 formation was relatively common.

Overall, the Steelers ran a play out of either personnel package 96 times, with only one of those snaps coming in the postseason, and one being a false start resulting in no play being executed. Two holding penalties also resulted in a ‘no play’ after the fact. It is important to note that they more or less were forced to move away from the 2X packages following fullback Roosevelt Nix’s injury in the penultimate game. No such plays were run with two players in the backfield in the season finale or in the Wildcard match.

On the whole, however, the run-heavy personnel packages with Nix on the field were very successful, accounting for 74 rushes on which they gained 5.43 yards per carry, which is 5.18 net yards when you factor in the penalties. And it is important to keep in mind that many of these plays are executed for short-yardage purposes, which lend itself to lower yardage totals.

For instance, the run-heavy looks produced six of the Steelers’ rushing touchdowns, all from within one or two yards out. The Steelers also converted roughly two-thirds of short-yardage opportunities, a figure that includes all downs.

Other aspects worth noting: wide receiver usage in these packages. Unsurprisingly, Antonio Brown received the most extensive usage, logging 75 of the 85 plays from the 22. Darrius Heyward-Bey was the lone wide receiver on five snaps. Markus Wheaton and Martavis Bryant also combined for five snaps. Heyward-Bey also saw five snaps in the 13 set as the lone receiver, but we will get to that.

As a passing offense, the Steelers completed 13 of 21 pass attempts, or just shy of two-thirds, for a total of 176 yards, resulting in 8.4 yards per pass attempt, a very respectable number, though a small sample size. The formation produced no sacks, though no turnovers either, and one interception. Two of the incompletions were drops, as well. Only two passes were explosive plays, but one was a 59-yard gain. Notably, all but one pass attempt came from the 22 (e.g. with a wide receiver on the field), and all of those plays featured Brown as the lone wide receiver.