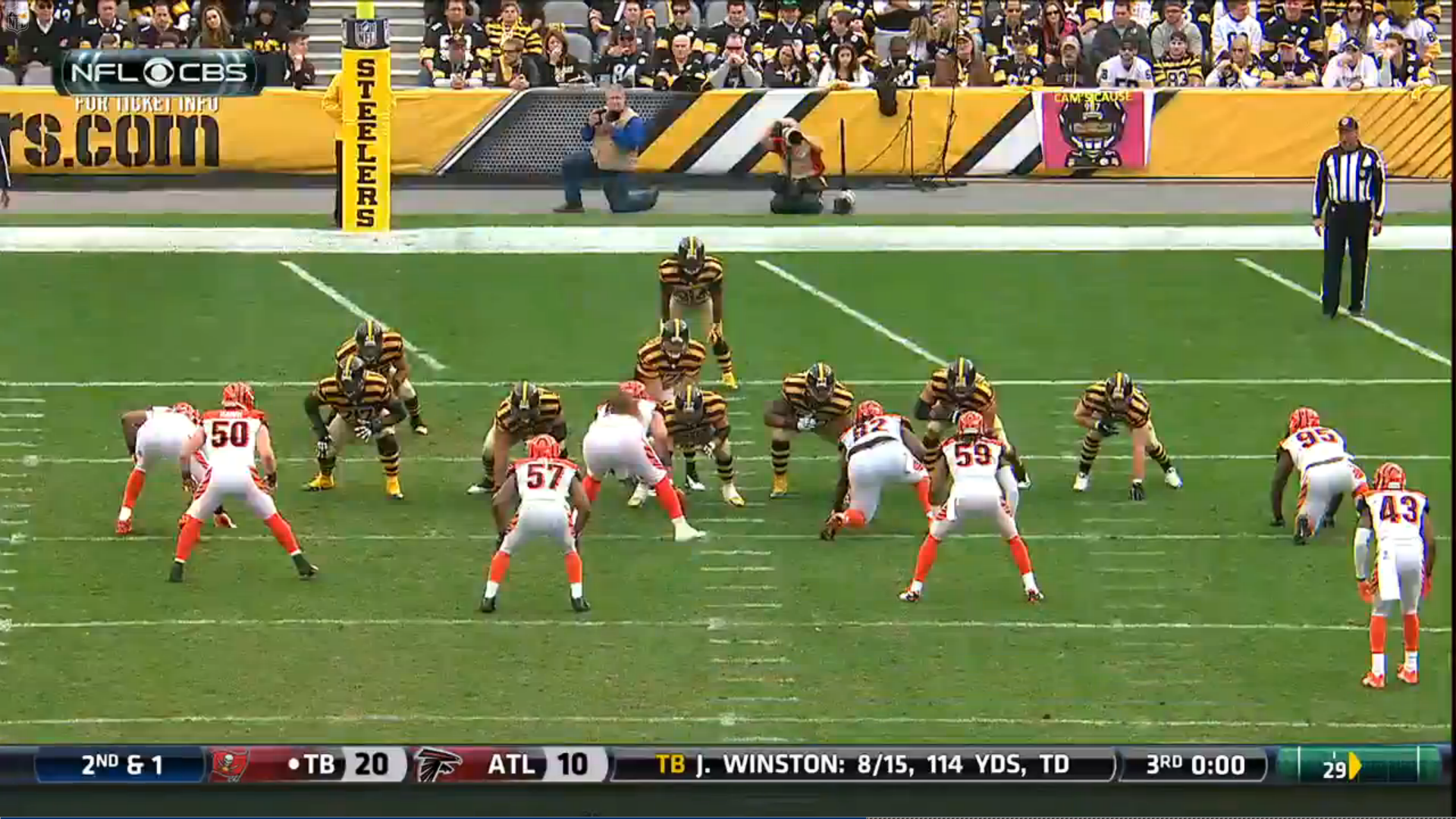 Earlier in the offseason, I broke down the Pittsburgh Steelers’ offense by evaluating the percentages in which they ran their system out of a variety of personnel formations. A bit later, I began taking apart each personnel grouping in more detail, starting with what was by far the team’s most frequently used formation, the 11, which uses three wide receivers in addition to a running back and tight end.

The next package—or rather, packages—that I would like to take a look at involves an addition to the backfield, typically to the inclusion of a fullback to the mix. For the purposes of this overview, I will combine the 20 and 21 personnel packages for their maintenance of run-or-pass flexibility.

The 20 personnel package is similar to the 11 in that it retains three wide receivers, but instead of adding an additional in-line blocker (e.g. a tight end), the extra blocking option comes from the backfield in the form of a fullback—in this case, first-year player Roosevelt Nix nearly exclusively. In the 21, the third wide receiver is replaced by a tight end.

As a passing option, the Steelers produced eight completions out of nine attempts in addition to two sacks and a scramble. Those pass plays produced 66 yards for 7.33 yards per pass attempt, but with the scramble and sacks, the team produced just 4.4 yards per play on designed passes out of the formation, with one touchdown pass.

Interestingly, both sacks occurred on first-down plays out of a total of four, the others being completed passes. Only three passes came on third down.

The package as a rushing option, which was its intention, was largely rather successful, producing 171 yards on 32 attempts for an average of 5.34 yards per carry, including one touchdown, though it also includes a fumble.

18 runs came on first down and produced an average of 3.78 yards per carry for 68 total yards. They were most successful on second down, gaining 100 yards on 12 carries for an average of 8.33 yards per carry, including a 55-yard gain. The majority came on second and long. Just two runs came on third down, interestingly, and neither produced a first down.

It should be noted that a full seven plays featured a dual halfback backfield with Le’Veon Bell and DeAngelo Williams, including all four plays run out of the 20 personnel. Only one was a designed run for three yards. On four pass attempts, all were completed for 28 yards including a touchdown—the only pass attempt not aimed at one of the two running backs.